The Bishop’s crosier: Shepherding the flock with style

From simple wooden staffs to jewel-encrusted wonders, the variety of Catholic bishops' crosiers over the ages is astonishing.

During the period between the Resurrection and Ascension, Christ was busy rounding up his followers. He was a like a shepherd with his small flock. His disciples were also destined to be shepherds. Bishops are their successors, with St. Peter having primacy among them. Although Our Lord is rarely shown with a shepherd’s crook, it seems that bishops adopted the instrument to become a mark of their office. Even the word “pastor” is taken from the Latin word for a shepherd. 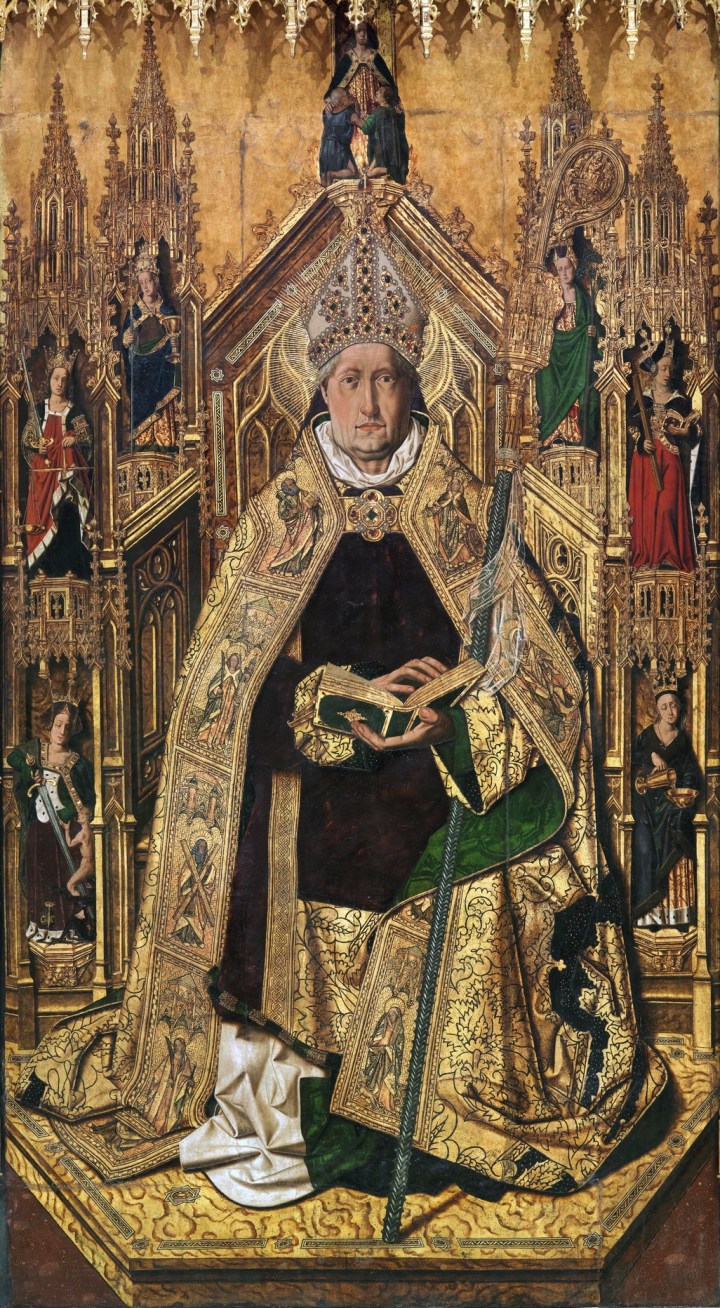 It’s not entirely clear when and how the shepherd’s crook became a bishop’s emblem. There is also a possibility that the crosier was a simple continuation of the tradition of carrying a big stick to convey authority.What is beyond doubt is that as bishops became more prominent, rather than being persecuted, their trappings of office became more lavish. Instead of being a simple wooden staff with a crook for catching sheep – and a point for prodding them – the crosier often became a jewel-encrusted wonder.

The variety of crosiers is astonishing. The opportunity for artistry is enormous, and the results are often ingenious. The crook deserves scrutiny for the brilliance of the designs, which tend to be overlooked. Observers tend to be in awe of the whole of a bishop’s ensemble, not the occasional whimsy of a crosier, which is as much a part of a bishop’s regalia as his miter. The only bishop who hasn’t carried one for centuries is the pope. Also known as Bishops of Rome, long ago the popes started carrying a cross or crucifix on a staff, rather than the crook. Archbishops were offered the same opportunity. To make the situation more complicated, some bishops’ crosiers also feature a crucifix in them, but none prominent enough to confuse onlookers into thinking the Holy Father might be in their midst.

Some of the crosier hooks became so elaborate, it is hard to tell what they are. They certainly wouldn’t be up to the job of catching sheep. For more infirm bishops they have also been a useful support, just as the popes’ and archbishops’ crucifix staffs have been. A tradition that is unfailingly observed among the Catholic clergy is that the hook side of the crosier always points outwards, towards the flock. It is also always held with the left hand, although not every artist has been aware of this convention.

Artists were similarly negligent in depicting female crosier bearers. Abbots, like bishops, were presented with a crosier. As the same applied to abbesses, women were awarded crosiers too. This is comparatively rare in visual depictions, but bishops were also often shown without their crosiers.

Anglicans and a number of other non-Catholic denominations now use the crosier freely. It was not so popular after the Reformation, with its suggestions of Papist flamboyance. Martin Luther was fairly understanding about this tradition; John Calvin was not. Paradoxically, the black robes that the early Protestants favored over bright Catholic vestments were extremely expensive. Black dyes were a costly luxury.

Among Orthodox Christians, crosiers tend be different from the Catholic versions. Those who think the serpent is reserved for Satan will be surprised to find them as the main feature on top of the staffs carried by many Orthodox bishops. They are, in fact, no more sinister than the snakes that are sometimes seen on Catholic crucifixes and frequently on Catholic crosiers of centuries past.

There is also a serpent on one of the most famous of all crosiers. In a symbolic gesture in 2016, Pope Francis gave the Anglican Archbishop of Canterbury a crosier – or at least the crook of one. It was the first time this had happened since the Reformation. Bestowing the crosier would usually be taken as confirmation of the Pope’s authority over a bishop. Many English Protestants winced when they saw it, while others took it as a sign of true reconciliation between two like-minded men of God. The occasion was the 50th anniversary of a declaration seeking unity between the Church of Rome and the Church of England. The crosier in question was a replica of one used by St. Gregory the Great, the pope who entrusted St. Augustine of Canterbury with bringing Christianity to England in 597. For almost a thousand years, Archbishops of Canterbury looked to the Bishop of Rome as their chief shepherd.It is less than 500 years that they have looked to English monarchs instead.