Founded 469 years ago, the National University of San Marcos in Lima, Peru, is also the oldest continuously operating university in the New World.

May is not just another month for education in the Americas; it’s an important anniversary. On May 12, 469 years ago, the National University of San Marcos (Universidad Nacional Mayor de San Marcos – UNMSM) was founded in Lima (Peru), and it is widely recognized as the oldest university in the Americas, and universally acknowledged as the oldest continuously operating university in the New World.

At the origin of this great institution is Thomas of St. Martin, a Dominican friar, who is considered its founder.

According to an article published by the university itself on the occasion of this anniversary, Thomas was born in the town of Palencia (Spain) in 1482, where he then spent his childhood. Later, he entered the convent of St. Paul, where he received religious formation and became a friar.

Over the years he became a prestigious professor and taught at Saint Thomas Aquinas College starting in 1525. A few years later, he arrived in the Americas, one of the group of five Dominicans who accompanied the expedition of Francisco de Pizzarro in Peru.

Later, he continued his evangelizing work with indigenous peoples, and took up residence in Lima in 1540, being named provincial of the Dominican order.

A center of studies

In the midst of the political rebellions of the time, Friar Thomas played a leading role in the colony’s relations with the Spanish Crown. He was a close collaborator of the first viceroy of Peru, Blasco Núñez Vela. At the same time, he played a very important role in the defense of the native peoples against mistreatment by the Spanish colonists.

In line with the ideas of Fray Bartolomé de las Casas—one of the first to denounce abuse and mistreatment of indigenous peoples—Thomas of St. Martin didn’t shy away from criticizing situations of abuse, and often denounced them forcefully in his homilies.

After various conflicts due to these issues, which included attempts to have him sent back to Spain, Thomas of St. Martin returned to Lima to continue his work as an educator and friar.

It was in these circumstances, once the rebellion was over, that Thomas, “at the Provincial Chapter of the Order of St. Dominic in Cuzco, raised the need to have a university level center of studies located in Lima, which would provide a center of higher education” so students need not make the long and difficult voyage to Spain in order to study.

That was the moment that laid the foundations for the establishment of “the first university in America”—which would take the name of the evangelist St. Mark, becoming the “National University of San Marcos.” It was officially founded on May 12, 1551.

Thomas of Saint Martin died four years later at the age of 72 at the Convent of the Most Holy Rosary (currently the Convent of Saint Dominic) before he could take up his newly received role as bishop of the city then called La Plata (now called Sucre, in Bolivia).

“Friar Thomas left a rich educational legacy, not only by founding the first university in America, but also by promoting the construction of more than 60 schools throughout the country. He was a humanist who defended the rights of the indigenous people and did not hesitate to proclaim them and explain them to a slave-owning society. He was an important historical figure, because he participated in the events that defined our nation,” the article concludes.

The first university in the Americas?

To this day, some questions of technicalities persist that continue to open the door to discussion about which is really the oldest university in America. There is the case of the Autonomous University of Santo Domingo (UASAD), but in the opinion of many historians it was founded “twice.” The first time, it was established by a papal bull dated October 28, 1538; however, it was lacking the legal recognition that would only come 20 years later, in 1558, after the National University of San Marcos had already received that authorization.

By way of comparison, Harvard University, the oldest institution of higher education in the United States, isn’t even in the running for antiquity at the level of the continent; it was founded in 1636.

Images of the National University of San Marcos here (click on gallery): 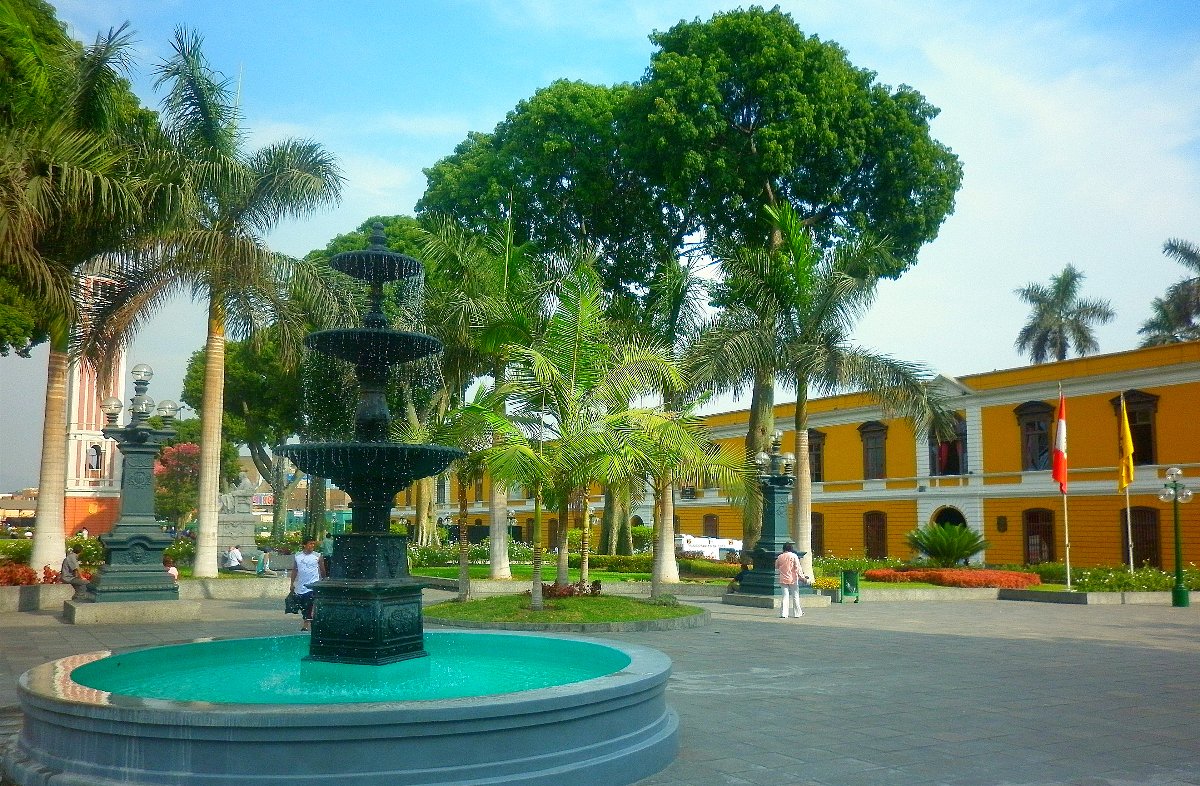 In any case, debates about “who came first” are ultimately not of great importance, since every university has been—and continues to be, particularly in challenging times—a beacon of hope for America. That is why this May 12 deserves to be remembered.