Pierce Brosnan credits his Catholicism for help with trials of life 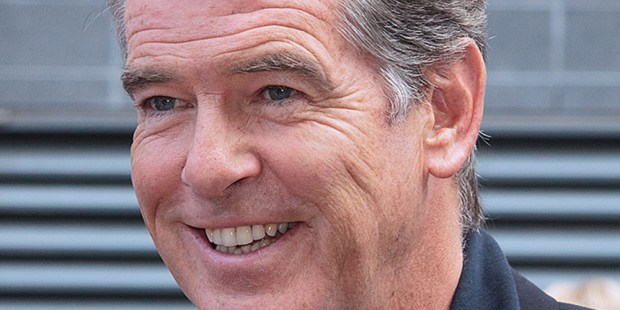 James Bond actor reiterates his love for the faith.

Pierce Brosnan might be the best-known James Bond, having portrayed the British spy in four films between 1995 and 2002. He’s also known as someone in Hollywood who’s not afraid to proclaim his Catholic faith.

His latest profession came the other day on Ireland’s Late Late Show, when he told host Ryan Tubridy that that his Catholic faith has kept him in “good stead” throughout several difficult times in his life.

The actor-turned-activist recalled growing up in County Meath, where he attended Catholic schools.

“I was brought up an Irish Catholic, which has kept me in good stead throughout the trials and tribulations of my life,” he said, on the RTÉ broadcast.

The former 007 was discussing an Irish charity, Pieta House, which helps people who are tempted by suicide. Brosnan advised those going through emotional trials to “stay in contact with friends, reach out to people and if you have faith, some prayers in your heart, God in your heart and entrust God in yourself.”

He also discussed the key to having a long and happy marriage.

“It’s constant work, supporting and loving each other,” he said. He and his wife, Keely, recently celebrated their 26th anniversary.

“We have been blessed with a good friendship in life but always solving problems because there is always going to be problems, so you have to know how to solve them and get on with it,” he said.

Brosnan’s comments echoed comments he made in 2014, when asked what helped him through the deaths of his first wife, Cassandra Harris, in 1991 and his adopted daughter, Charlotte, in 2013, both from ovarian cancer.

“I would say faith, being Irish, being Catholic, it’s ingrained in my DNA,” he said.