What the coronavirus signals about the “End Times” 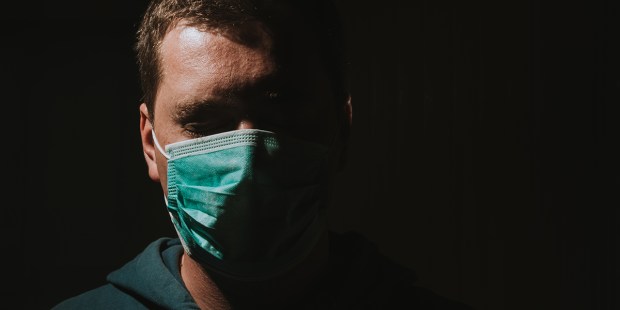 It may not be the end of the world, but humanity needs to come together for a very real apocalyptic threat.

One of the more predictable byproducts of the coronavirus pandemic has been an uptick in apocalyptic warnings that the end of the world is at hand. The folks who send me emails announcing that COVID-19 signals the arrival of End Times mean well, and their eagerness to spread the news is understandable. But they’re missing the point– two or three points, in fact.

The first is that Jesus himself discouraged this kind of speculation. In Matthew’s gospel it goes like this: “Of that day and hour no one knows, not even the angels of heaven, but the Father only … Watch therefore, for you do not know at what hour your Lord is to come” (Mt 24:36, 42).

With that said, though, there really is a sense — point number two — in which we’re living in End Times. But there’s nothing new about that. For the End Times date back a good 2,000 years — to the resurrection and ascension of Christ — and will continue until he comes again, whenever that may be. Meantime our only certainty is that each of us will be meeting Christ and rendering an account to him sooner than we probably expect.

The current apocalyptic furor has numerous historical precedents. People in earlier times reacted the same way to plagues and disasters. Now it’s the turn of the coronavirus. But — point number three — the real lesson of this pandemic isn’t that the End Times are here. Instead the pandemic is an especially graphic reminder that the human race is a global family, albeit a painfully fractured one, so that the right response to plagues and disasters is to seek divine assistance while simultaneously calling on the largely unrealized resources of human solidarity.

Popes have underlined the fundamental oneness of the human family often and forcefully. To take only one example among many, consider something Pope Pius XII, much maligned for supposed indifference to the Holocaust, said in his first encyclical.

The time was October, 1939, less than two months after the German invasion of Poland touched off World War II. The overriding cause of the tragic conflict then emerging, Pius XII wrote, was the repudiation of human solidarity so painfully visible in racism and exaggerated nationalism — an obvious reference to Nazi Germany and, to a lesser extent, Fascist Italy.

Deploring these “pernicious errors,” the Pope denounced “forgetfulness of that law of human solidarity and charity which is dictated and imposed by our common origin and by the equality of rational nature in all men, to whatever people they belong” as well as by the redemption of all by Christ. The Nazis knew Pius XII meant them, and he was on their enemies list from then on.

No doubt about it, the coronavirus pandemic is cause for concern. But people fretting about the End Times — and the rest of us, too — would do well to focus on another, even more threatening disaster now taking shape: the impending world food crisis in which it’s said as many as 230 million people — as usual, poor people in poor countries — could face starvation and death. Caritas Internationalis, the international federation of Catholic charities organizations, says this “aftershock of the pandemic” could prove to be “even more complicated and more deadly” than the impact of the virus itself.

America was slow in responding to the coronavirus, and people died as a result. Will we also be slow responding to this crisis? Here is a genuinely apocalyptic challenge to human solidarity that deserves our attention while there’s still time.