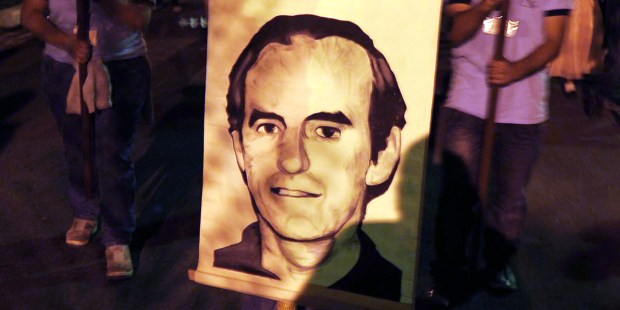 The case brings charges against two former Salvadoran military men, who are believed to have ordered the human rights violation.

The Spanish court has begun legal proceedings against two former high-ranking Salvadoran military men who are suspected to have masterminded the 1989 attack on the Central American University (UCA), which saw the murders of six Jesuit priests, their housekeeper, and her daughter. Because five of the priests were Spanish, the case was brought to the Spanish legal system, under the concept of “universal jurisdiction,” allowing the European country to rule on the events that took place in Central America.

Father Benedict Mayaki, SJ, from Vatican News reports that the charges are brought against Innocent Orlando Montano, an ex-Salvadoran colonel, and a former soldier, Yusshy René Mendoza, who are believed to have taken part in the “decision, design and execution” of the murders. There are as many as 16 other suspects in the case, but these however have been protected by the Salvadoran government, which refused to extradite.

According to National Catholic Reporter, the attack took place on November 16, 1989. Armed soldiers raided the UCA campus under the guise of searching for rebels and a rebel weapon was used in the murders, suggesting an attempt was made by the soldiers to frame the opposition for the attack. Among the dead were Fr. Ignacio Ellacuria, rector of UCA and an important figure in the peace talks, five Jesuit priests, their housekeeper, Julia Elba Ramos, and her 15-year-old daughter Celina.

Fr. Mayaki explains that this trial has been 30 years in the making, as justice has been sought for the eight victims since 1989. The initial trial ended with the acquittal of all suspected parties, but an investigation by the Truth Commission — focused on at El Salvador’s 12-year civil war — brought up the names of the previously accused once more.

Similar efforts to seek justice were conducted in 1999 and 2000, but the Salvadoran courts ultimately rejected the charges on the basis that a blanket of amnesty had been granted for all crimes which took place during the war. The case was finally brought to Spain in 2017, where this amnesty was rejected and the new trial was scheduled.

A report from Crux Now notes that Mendoza has already admitted to his role in the murders, however Montano has always maintained his innocence. If found guilty, Montano, 76, could face up to 150 years in prison. The trial is expected to last until July 16.