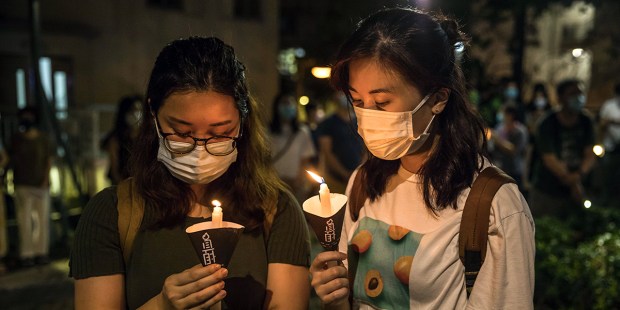 Hong Kong Watch director outlines how freedoms could be impacted.

What I think will happen is that there will be much closer monitoring of homilies and sermons, and that those priests and pastors and other religious leaders who preach messages that are touching on human dignity, human rights, freedom, justice, could find themselves affected by the laws on subversion.

Similarly, churches and other religious groups that, for example, over the last year have engaged in the protest movement, sometimes not even directly protesting but for example holding prayer vigils, holding candlelit vigils — the auxiliary bishop of Hong Kong, Bishop Joseph Ha Chi-shing, has regularly spoken at vigils — those kinds of activities may be affected. Somebody like Cardinal Joseph Zen Ze-kiun [bishop emeritus of Hong Kong], who has been extremely outspoken over a number of years against the regime in Beijing, could well be in grave danger.

So I think it will be those kinds of activities, where religious freedom, freedom of conscience, intersect with what Beijing would regard as political activities, and those will be the first to be affected, but further down the line you may see further restrictions on other aspects of religious freedom. More and more, I think if Hong Kong’s freedoms are denied, and if Hong Kong becomes more and more like any other city in mainland China, then sooner or later you’re going to see religious freedom across the board affected the same way it is in mainland China.

Have we seen any precedent from Macau, the neighboring former colony that also was returned to China?

I think in Macau it is pretty much along the lines I’ve described, whereby churches are still open and can function. They’re not nearly as repressed as they are in mainland China. But definitely, there is much greater repression of any form of dissent across the board, and that would include religious leaders expressing views on issues that intersect with political issues. I’m not aware of specific cases, but I am aware that the atmosphere in Macau for dissent, generally, is much more repressed and much tighter than Hong Kong. It’s a situation similar to what I’ve described, where churches are still open, you can still go to Mass, but people are much more careful about what they say.

I imagine religious Hong Kongers keep an eye on increasing restrictions on religion in the People’s Republic. Do they think similar things will happen to their churches in Hong Kong? For example, according to a recent report the government said churches would be allowed to reopen after the pandemic if they preached patriotism.

Absolutely. I think people in Hong Kong are acutely aware of the situation in mainland China, and they know that essentially what we’ve seen since [Chinese President] Xi Jinping came to power is the worst crackdown on religion and religious freedom since the Cultural Revolution, with the closure of churches, destruction of crosses and destruction of churches in some cases, imposition of portraits of Chinese leaders in some of the state-controlled churches, Chinese communist propaganda in churches, prohibition of entrance to churches of people under 18, and a whole list of other restrictions. And I think the people in Hong Kong certainly know that. I think they were very alarmed when Xia Baolong was appointed head of the Hong Kong and Macau Affairs Office at the State Council in Beijing, the official who was in Zhejiang, and Luo Huining [who, according to an article at UCA News, formerly enforced Beijing’s policies of cultural and religious destruction on the Tibetan people in Western China] was appointed head of the Hong Kong Liaison Office. It’s actually quite interesting that those two men who are both regarded as hardliners were appointed, people immediately saw that as a bad omen. I don’t think people realized then how rapidly things would deteriorate just in a matter of months.

One other consideration: I think there’s a lot of concern over the agreement that the Vatican and China made [in 2018, concerning the appointment of bishops in China]. The bishop of Hong Kong died a couple of years ago, and there’s been a vacancy since then. One would have thought the auxiliary bishop, Joseph Ha, would be a leading candidate to replace him, but there’s a lot of speculation that [another cleric] is being lined up instead, because Joseph Ha has been quite outspoken and is more in the Cardinal Zen mold, and they think it’s likely the Vatican will appoint somebody who’s more acceptable to Beijing, and that’s another sign of the way things are going.