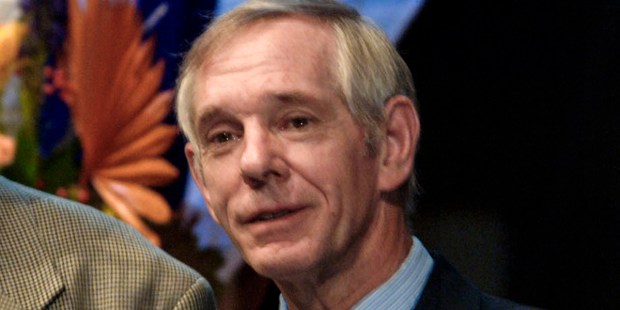 The honor came as a surprise to the Vatican astronomer.

Father Chris Corbally has become the 11th Jesuit priest to lend his name to an asteroid. The astronomical body was named for the cleric to honor his 37 years of good work at the Vatican Observatory.

Catholic News Service reports that the asteroid, which is about a mile wide, is now known as 119248 Corbally. 119248 Corbally was discovered in 2001 by Roy Tucker at the University of Arizona, who also worked with the Vatican to help build and maintain several pieces of stellar observational equipment.

“I’m not a kind of an asteroid guy” like some of his colleagues at the observatory, he said. “For me it came as a complete surprise. That’s why it’s kind of nice.”

Asteroids are indeed small (relative to other bodies in outer space) rocks, classified as minor planets, that are caught in the sun’s orbit. CNS noted that the orbit of 119248 Corbally takes it around the sun every four years.

Although he was pleased with the naming, Fr. Corbally noted that his interests lie more in star systems, their classifications, galactic structure and more. He said:

“I’m very much a star man. But realizing that stars are in our galaxy, I’m also interested in galactic structure and history of star populations in our galaxy. My way of probing all this is through the individual stars,” he told Catholic News Service.