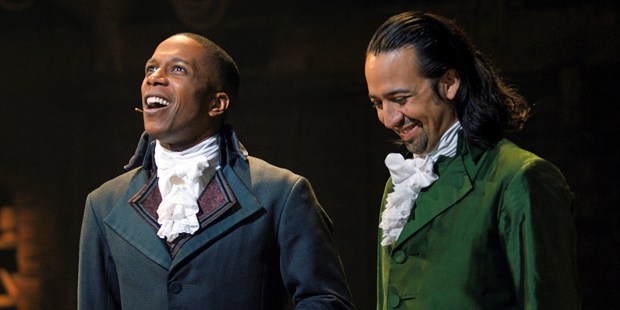 From classics to new favorites, here are some options when you’re in the mood for watching a good musical from home.

While Disney hasn’t said how many people have watched Lin-Manuel Miranda’s Founding Father musical, most experts think it’s a lot. More than 500,000 new users downloaded the Disney+ app the weekend the Mouse House released Hamilton, and it set many social network feeds ablaze.

But you can only watch Hamilton so many times. And with the real theaters of Broadway still closed because of the coronavirus (and with most of us living nowhere near ‘em, anyway), it’s only natural that fledging Broadway musical lover start to ask, “What other musicals can I stream?”

The short answer: A lot.

We’ll unpack a few options for you, from all-time classics to new favorites to some made especially for the kiddos. And we’ve got to begin with an online streaming service that’s dedicated to all things Broadway.

I know, I know. You’re probably already subscribing to what feels like far too many streaming services already. Can you really afford another $8.99 a month (or $99.99 a year) for something dedicated solely to stuff on stage?

It’s a legitimate question. But for those who watched Hamilton and will never be satisfied until they get more Broadway musicals into their lives, Broadway HD offers plenty to scratch that itch. The service’s musical roster includes:

Cats is a 1998 made-for-video stage production of Andrew Lloyd Webber’s outrageously long-running musical. (Its original run on Broadway lasted 18 years.) The play is loosely based on T.S. Eliot’s 1939 poem Old Possum’s Book of Practical Cats, and I do mean loosely. Filmed in London without an audience and with some significant cuts (the film runs just two hours, significantly shorter than the 2-hour, 40-minute stage musical), the film still gives you as much song, dance and fuzzy costumes as you can squeeze on screen.

Based on a 1932 book and a 1933 film, the musical originally hit Broadway in 1980, making it (at the time) a rare film-to-stage production. But more were soon to come, based in part on the show’s success. It won a Tony Award for Best Musical and, in 2001, another one for Best Revival. The version on Broadway HD is yet another revival—A West End (London) production filmed in 2018.

Based on a children’s book by Jacqueline Wilson, Hetty Feather is quite the popular character in England. Only fitting that this stage production comes from London’s West End. This musical (unlike Hamilton) was designed for families, and it takes us into an imaginative, oh-so-British story.

Not interested in ponying up for Broadway HD? Have no fear. You can find Broadway-style musicals all across your streaming platforms. Here are a few options to consider …

This 2013 Broadway production is based, naturally, on the 2001 Dreamworks film (and pulls in a few things from the other movie, too). Starring Brian d’Arcy James (who, by the way, played King George in Broadway’s Hamilton in 2017), the stage production is rated a reassuring TV-G. Sitting your kids down on the couch isn’t quite the same as seeing it on Broadway, but it’s a start.

Disney’s original 1992 musical movie was a disappointment, both commercially and critically—even if it did star Bill Pullman, Robert Duvall and a very young Christian Bale. But when it hit Broadway, it hit on all cylinders. Nominated for eight Tony Awards in 2012, the stage production of Newsies (based on the Newsboys strike of 1899) made news itself. The version you’ll see on Disney+ (or can rent through Amazon for $2.99 if you don’t have a Disney+ subscription) was actually filmed in Los Angeles in 2016—but it features much of the original Broadway cast.

This 2013 New York Philharmonic production is not exactly the Broadway musical: It’s just “semi-staged,” according to the program notes when the production aired on PBS. Still, it features some amazing performances of the original Richard Rodgers and Oscar Hammerstein songs. While Rodgers and Hammerstein were behind some of America’s most legendary musicals (think Oklahoma!, The King and I and The Sound of Music, just to get started), some consider Carousel to be the duo’s crowning achievement. And when this version was first unveiled, The New York Times’ Charles Isherwood wrote, “This is as gorgeously sung a production of this sublime 1945 Broadway musical as you are ever likely to hear.” It’s free for the watching on Amazon Prime.

Want something a little more cinematic for your small screen? Take a look at these:

While this isn’t necessarily appropriate for younger kids (the plot revolves around the paternity of a young soon-to-be bride, after all), it’s hard to furrow your brow too much when there’s so much ABBA music to hear. The original jukebox musical has grossed more than $4 billion from its stage productions worldwide, and the movie version features none other than the surprisingly musical Meryl Streep. While Pierce Brosnan’s own singing skill was (to put it charitably) a bit questionable, a total worldwide haul of more than $600 million isn’t exactly Waterloo. And you can watch it for free! (With an Amazon Prime account, of course.)

You think those showdowns between Jefferson and Hamilton were fierce? Here, dancing, knife-wielding gangs sometimes kill one another in this not-so-gritty re-imagining of Shakespeare’s Romeo and Juliet. With music by the legendary Leonard Bernstein and lyrics by Stephen Sondheim, the original 1957 musical was nominated for six Tony awards, winning two. This film version, starring Natalie Wood, Richard Beymer and Rita Moreno, did better with its hardware opportunities: It was nominated for 11 Oscars and won 10 of them, including Best Picture.

The original 1964 musical is one of Broadway’s biggest success stories (earning 10 Tony awards and spawning four revivals). The 1969 film version—which replaced the delightfully gravel-voiced Carol Channing with the heavenly piped Barbra Streisand—wasn’t so well received. Sure, it was nominated for seven Academy awards (winning three of them), but its box-office take was disappointing (a mere $33.2 million in the United States). Pixar’s Wall-E paved the way for a revival, with the film’s titular robot getting choked up over scenes from an old videotape of the film. I’m with the robot: The spectacular dinner at the Harmonia Gardens Restaurant is worth the film’s time alone.

Poke around your streaming services and you’ll find more, of course. Netflix boasts Jersey Boys and Fiddler on the Roof. Disney+ has a Julie Andrews double bill in Mary Poppins and The Sound of Music. Amazon Prime’s got old classics (that can be streamed for free with a subscription) like The Little Shop of Horrors, along with newer, less Broadway musical delights (think Rocketman and Moulin Rouge). Seems that these services want to keep your hands and feet moving … and your television remote still.

Read more:
10 Great movies about the Greatest Generation (and the war they fought)