These Catholic donors were immortalized in sacred art

Photo by Lucien de Guise, courtesy of the Victoria and Albert Museum, London

There was a time when patrons of the sacred arts had their images reproduced in the churches they helped fund.

Centuries ago, Catholic donors were among the most serious patrons of the arts. A huge amount of Catholic art was commissioned on the basis of being placed where it could be admired by all, usually in churches. Those who could afford it would think of the community’s needs before considering what to put on the walls of their own homes. 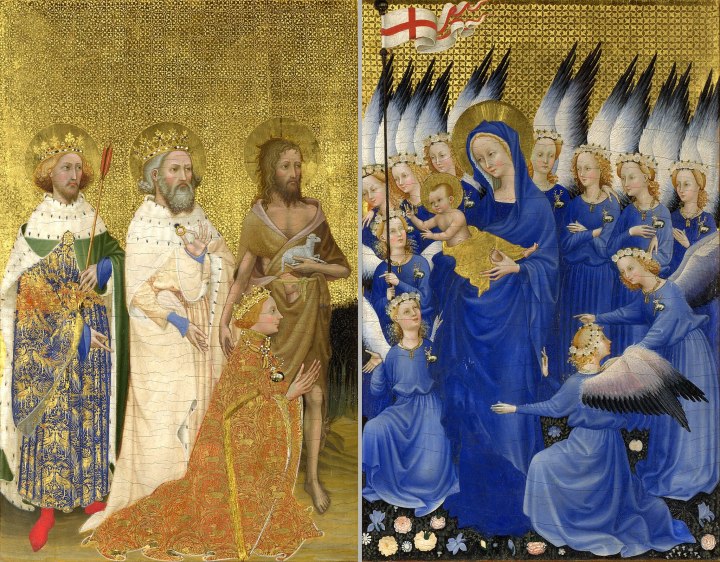 Magnificent altarpieces were the first choice for donors eager to make the congregation’s life a more colorful experience. Unlike with the corporate sponsors of today, names in the past were seldom mentioned. Prominence was given to their faces. These would have been known at the time, but most have become anonymous over the years. Being forgotten might have worried them a great deal, as the point of the donation was about accumulating prayers after their death, not praise during their lifetime.

Before they became more widely available in the 15th century, most of these portraits reflected donors who were senior clerics or secular rulers. Some early depictions in Rome show a variety of popes holding miniature versions of entire buildings they had commissioned. In Constantinople, it was Byzantine emperors who jostled for attention on massive mosaics. None has the simple charm of the humbler donor portraits. These were a product of societies in which merchants and lesser nobility were acquiring enough surplus money to beautify churches and other public spaces. Smaller diptych panels were often intended for home use, but the most visible works were to give God’s visual glory the maximum exposure.

In earlier paintings, and occasionally carvings, whether for the affluent home or a sacred space, the pose was almost always the same: donors kneel while the true subjects of the work sit in majesty, do good deeds or are nailed to a cross. The act of kneeling to show piety was vital. Whether you were a king or an upwardly mobile merchant, the attitude had to convey subservience to God. Adding to the humility of donor portraits was the size of the benefactors. They started tiny and as the genre became more accepted, they grew. Eventually they became hard to distinguish from the sacred figures.

By the 15th and 16th century they were not only the same size, they were sometimes active participants in scenes from the Bible or the lives of Our Lord and the saints. In one of El Greco’s paintings of the Crucifixion, instead of the Virgin Mary and St John the Evangelist mourning at the feet of Christ, it is two local donors from Toledo, Spain. Some kings went further than this. Charles VII of France appears in a book of hours as the chief Wise Man at the birth of Jesus. He caused more of a scandal in another painting by making his mistress pose as the Virgin Mary.

The Protestant Reformation took its revenge on paintings and stained glass of all sorts. Acts of pious devotion were viewed as especially shameful plea-bargaining when, in reality, they were just an attempt to have their souls remembered. Prayers for the dead were another horror for Protestants at the time.

Donors had increasingly liked to put as many of their family members into the picture as possible. They were genuine believers in the power of prayer and didn’t want their loved ones left out. Touchingly, many of the donors commissioned images of children who had already died. These souls awaiting salvation were usually shown holding a cross.

After the Reformation there wasn’t the same appetite for donor portraits among Catholics. Protestants were vigorously against them. The Lutherans were less aggressive about this; Lucas Cranach the Elder famously painted an altarpiece of the Last Supper in Luther’s hometown of Wittenburg. Instead of showing the apostles, Cranach slipped in leaders of the Reformation. None of them paid for the privilege, so it couldn’t be called a donor painting.

The donor tradition lasted longer with stained glass than altarpieces. Before the Reformation, a huge amount of church glass was paid for by donors. They are often seen in those windows, usually without an inscription. After the Reformation, stained glass continued to be popular with Catholics and Lutherans, although the presence of paying donors dwindled. These days, donors can still be commemorated but it will be with words, not a portrait of themselves.

Meanwhile, Martin Luther himself still appears – obviously without paying – in the stained glass of Lutheran churches. What would make John Calvin weep is that his own image also appears in those churches.