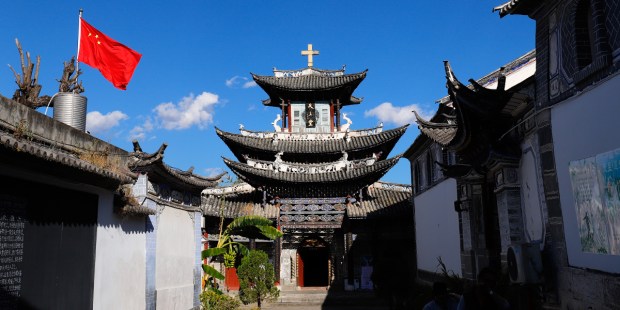 With weeks to go before renewal of Vatican agreement, some say life for the Catholic Church has not improved.

With the expiration of a “provisional agreement” between the People’s Republic of China and the Holy See due to expire in late September, there has been a wave of media reports on how Beijing has been treating religious members of its society, particularly Catholics.

As observers await news as to whether the two sides will renew the agreement when it expires September 21, not all of what has been reported lately shows positive improvement for Catholics living under the communist government.

Details of the agreement, which was meant to heal a decades-long rift between an underground Church loyal to the Vatican and a Communist Party-sponsored “official” Catholic Church, have never been made public. Reportedly, it provides a way for the Vatican and Beijing to collaborate on the naming of bishops.

But Mimi Lau, in a three-part analysis in Hong Kong’s South China Morning Post, wrote, “It seems the agreement, which will expire in September unless it is extended, has contributed little in the way of rapprochement between the Holy See and Beijing or greater freedom for Catholics in China.”

AsiaNews has been surveying bishops, priests and lay people in China about how life has changed since the Provisional Agreement. AsiaNews is published by the Pontifical Foreign Mission Institute (PIME) which has a long history of mission work in China and Hong Kong. It reported this week that it is now compulsory to fly the Chinese flag on Christian buildings, as is displaying President Xi Jinping’s portrait. One of the outlet’s sources in China said that a ban on persons under the age of 18 attending Mass and catechism is systematically applied, even though it violates China’s constitution.

“Francis,” a priest in northeastern China, testified that authorities often gather priests for “training courses, push underground priests to join the Patriotic Association, arrest them by taking them to secret places to brainwash them.” The Chinese Patriotic Catholic Association was established in 1957 by Catholics loyal to the Chinese Communist Party as a government-controlled Church with no ties to the Vatican.

“Before the Agreement some parishes could still celebrate Mass in the homes of the faithful,” Fr. Francis said. “With the Agreement, however, temporary places of prayer have been closed; the faithful who host the Mass are threatened, arrested and fined, and they are forced to sign a document in which they promise that they will no longer host the priests. With the Agreement, the bishops of the underground diocese are illegally arrested. The underground Church and its faith are facing the greatest difficulties.”

“Teresa,” a lay woman in southeastern China, told AsiaNews that in the past two years, her diocese has faced increasing pressure. “As of last year, the construction and use of the new churches is also limited, although the churches have previously been authorized by government authorities, with all the necessary documents,” she said. “For example, some churches are blocked mid-construction; others are closed as soon as the work is finished; others have water and electricity cut to prevent their being used.”

In some places, people of faith have had to choose between their beliefs and religious practices and government aid. Bitter Winter, an online magazine on religious liberty and human rights in China, reported July 16 that a town in Shanxi Province ordered that crosses, religious symbols or images on the homes of Christians who were receiving social welfare payments be replaced with portraits of Chairman Mao and President Xi Jinping.

“Impoverished religious households can’t receive money from the state for nothing,” one person reported an official telling him. “They must obey the Communist Party for the money they receive.”

Bitter Winter, published the Center for Studies on New Religions in Turin, Italy, and edited by religious scholar Massimo Introvigne, claims to have a network of several hundred correspondents in all of China’s provinces. It also details a two-year-old effort on the part of the government to promote secularism in the face of a growing interest in religion. Civilization Practice Stations have been set up around the country — many of them in old, converted churches — to instill the values of what’s become known as Xi Jinping Thought on Socialism with Chinese Characteristics for a New Era.