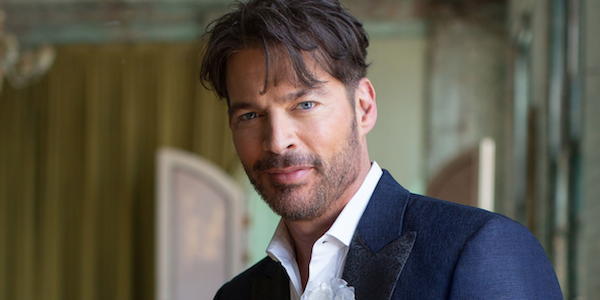 The Sheen Center for Thought & Culture, the arts center of the Archdiocese of New York, will be hosting A Conversation with Harry Connick, Jr. on July 29, 2020. The live-streamed talk will be the final installment of The Sheen Center’s “Faith, Hope & Love” series, which previously welcomed Jeannie Gaffigan, American Slavery Project’s Judy Tate, Sesame Street‘s Henry Louis Mitchell, and more.

It’s been a tough year for Harry Connick, Jr., who experienced the personal loss of two dear friends to COVID-19: his musical mentor Ellis Marsalis, Jr. and Monsignor Richard Guastella, the priest who gave him his first job in New York, celebrated his wedding ceremony, and baptized one of his daughters. The esteemed musician, composer, and actor is expected to talk about the world pandemic as well as his musical career, his Catholic faith, and his work with the Ellis Marsalis Center for Music.

Over the course of his career Harry Connick Jr. has exemplified excellence in practically every aspect of the entertainment world, garnering multiple Grammy and Emmy awards (half of the envied EGOT), and he’s pulled in several Tony award nominations. As of 2019, the star had produced 13 No. 1 jazz albums in the United States, selling more than 30 million albums worldwide, gathering a rich fanbase across many different cultures.

A Conversation with Harry Connick Jr. will be free to watch, but those who wish to attend the livestream are required to sign up for the event via The Sheen Center’s website. Those who don’t wish to sign up will have to wait until the livestream is over, at which time the recording will be made available on the Sheen Talks YouTube Channel, as well as their Facebook page.

Click here to watch all of The Sheen Center’s previous Sheen Talks.