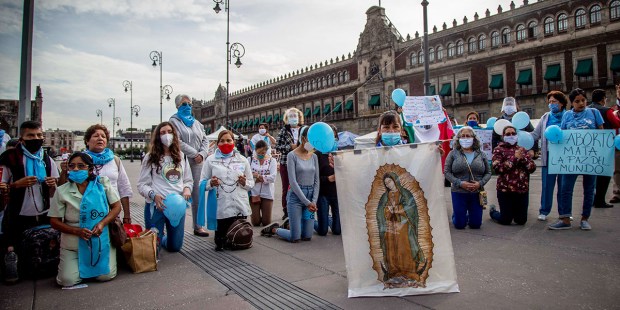 With a Mexican Supreme Court decision Wednesday, the law protecting unborn babies from the moment of conception in one state in Mexico is safe — for now.

Mexico’s Supreme Court was asked to review a lower court ruling striking down the law in the State of Veracruz, which forbids abortion.

A favorable decision in the five-member Supreme Court would have led to decriminalization of abortion in Veracruz in the first 12 weeks of pregnancy. It also would have legalized abortion for health reasons and eliminated the time limit on abortions in cases of rape.

But only one member of the court voted to uphold the Veracruz court’s decision July 29.

Pro-choice advocates hoped that a ruling would have set a precedent for the rest of the country. Only two of Mexico’s 32 states — Oaxaca and Mexico City — allow the procedure.

According to the BBC, one Supreme Court justice said that upholding the lower court decision would “greatly overstep the constitutional powers of this Supreme Court of Justice of the Nation.” Another voted against it because of what she called “a legal technicality.”

The changes that the Veracruz court ordered had been recommended in a report on women’s rights, published by the National Commission to Prevent and Eradicate Violence against Women (Conavim) and the National Institute for Women (InMujeres) in 2016. Although the government of Veracruz accepted the report’s proposals and conclusions, it had not reformed the law.

Cortés said that although the July 29 ruling constitutes a significant victory, threats to life are still looming in the country.

“The fight for life is going to continue,” he said, noting that most of the states in Mexico have bills pending that could expand legal abortion.