What does spirituality mean? 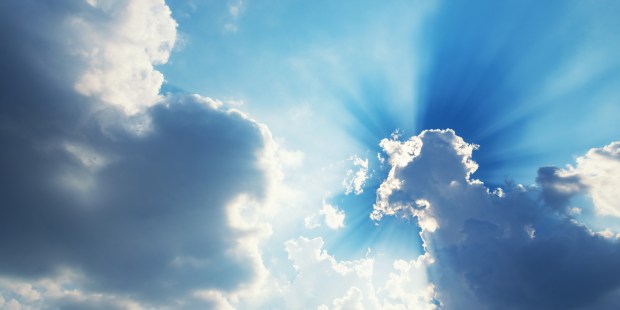 Spirituality is a broad term that is defined as any topic that concerns the “spiritual” world around us and within us.

Spirituality is a word used not only by Christians, but also other religions and even individuals who claim to be “spiritual, but not religious.”

What does it mean?

Generally speaking, spirituality is a broad term that is defined as any topic that concerns the “spiritual” world around us and within us. It springs from a common belief that humans are comprised not only of matter, but also of spirit.

The Catechism of the Catholic Church affirms what Christians have believed since the beginning, that humans are a unity of body and spirit.

The human person, created in the image of God, is a being at once corporeal and spiritual. The biblical account expresses this reality in symbolic language when it affirms that “then the LORD God formed man of dust from the ground, and breathed into his nostrils the breath of life; and man became a living being.” Man, whole and entire, is therefore willed by God. (CCC 362)

Furthermore, Christians affirm that God himself is “pure spirit” and that angels are “purely spiritual creatures.”

With this in mind, spirituality refers to any topic about God and the spiritual world that is around us and within us. It is an invisible world, but one that all humans have struggled to understand since the beginning of time.

Within Catholicism, spirituality can also refer to different “schools” of prayer and liturgical tradition, as the Catechism explains.

In the communion of saints, many and varied spiritualities have been developed throughout the history of the churches. The personal charism of some witnesses to God’s love for men has been handed on, like “the spirit” of Elijah to Elisha and John the Baptist, so that their followers may have a share in this spirit. A distinct spirituality can also arise at the point of convergence of liturgical and theological currents, bearing witness to the integration of the faith into a particular human environment and its history. The different schools of Christian spirituality share in the living tradition of prayer and are essential guides for the faithful. In their rich diversity they are refractions of the one pure light of the Holy Spirit. (CCC 2684)

Above all else, a Christian understanding of spirituality is one that is focused on God and not “vague spiritual energies,, as Pope Francis explains in his apostolic exhortation Evangelii Gaudium.

Genuine forms of popular religiosity are incarnate, since they are born of the incarnation of Christian faith in popular culture. For this reason they entail a personal relationship, not with vague spiritual energies or powers, but with God, with Christ, with Mary, with the saints. These devotions are fleshy, they have a face. They are capable of fostering relationships and not just enabling escapism. In other parts of our society, we see the growing attraction to various forms of a “spirituality of well-being” divorced from any community life … or to depersonalized experiences which are nothing more than a form of self-centeredness.

Read more:
The best books on spirituality for Catholics

Read more:
Study shows religion and spirituality are beneficial for those at risk of depression