Which language did Jesus speak?

Jesus could speak many languages, but mostly spoke in Aramaic

We know what Jesus said during his lifetime thanks to the four gospels. But not everyone knows which language he used to communicate his message. Most historians agree in thinking that Jesus mostly spoke Aramaic, although he was also fluent in Hebrew and Greek. Aramaic was in fact the most spoken language in the Holy Land during Jesus’ lifetime, which is why Mel Gibson chose it as the language for his movie The Passion of Christ.

Aramaic appeared in its early form as early as 900 BC, and was based on the Phoenician alphabet, a system of 22 letters that is the base of many modern alphabets. The language later evolved in various Aramaic dialects including what is often defined as “The Aramaic of Jesus,” the most common dialect spoken in Galilea during the 1st century.

Read more:
“Maranatha”: An ancient Christian prayer in one of the languages Jesus spoke.

Some Aramaic place names are indeed featured in the New Testament, such as “Gethsēmanē,” a word that means “olive oil press,” which is used to indicate the place where Jesus takes his disciples to pray before his arrest. The famous “pool of Bethesda,” where Jesus miraculously healed a paralysed man, is also derived from an Aramaic word, Bethesda meaning “House of Grace.” The famous “Maranatha” prayer we find at the end of Paul’s First Letter to the Corinthians is also Aramaic. Finding an Aramaic phrase in a Greek letter sent to a Greek church might seem strange, to say the least. But the phrase, by then, had already became some sort of synthesis of the hopes and spirit of the Early Church: the phrase appears also in the tenth chapter of the Didaché, thus clearly being part of the Apostolic Fathers’ tradition.

Aramaic started to fade out after the Islamic conquest of much of the Middle East during the 7th century, and the consequent spread of Arabic.

Today, traces of Aramaic are still present in modern languages such as Arabic and Hebrew. Think, for instance, in your classic “Abracadabra.” The “magic word” is in fact the final result of the combination of two Aramaic phrases A’bra and K’dabra: A’bra means “I shall create from nothing” (as in our Latin creatio ex nihilo), and K’dabra, “as I speak.” It is an explicit reference to the creative act of the Word of God, as narrated in the book of Genesis … or at least that’s one popular etymology. In any case, “the language of Jesus” is still spoken by a handful of communities in northern Syria, Turkey and Iraq. The Syrian town of Maaloula, located 34 miles northeast of Damascus, where some families still speak Aramaic, is named after an Aramaic word meaning “entrance.” Aramaic is also spoken in nearby towns of al-Sarkha and Jubb’adin, and recent reporting from this part of Syria by Associated Press found some people who still speak “the language of Jesus.”

Make sure to visit the slideshow below to discover some of the “forgotten” churches in Syria’s “dead cities.” 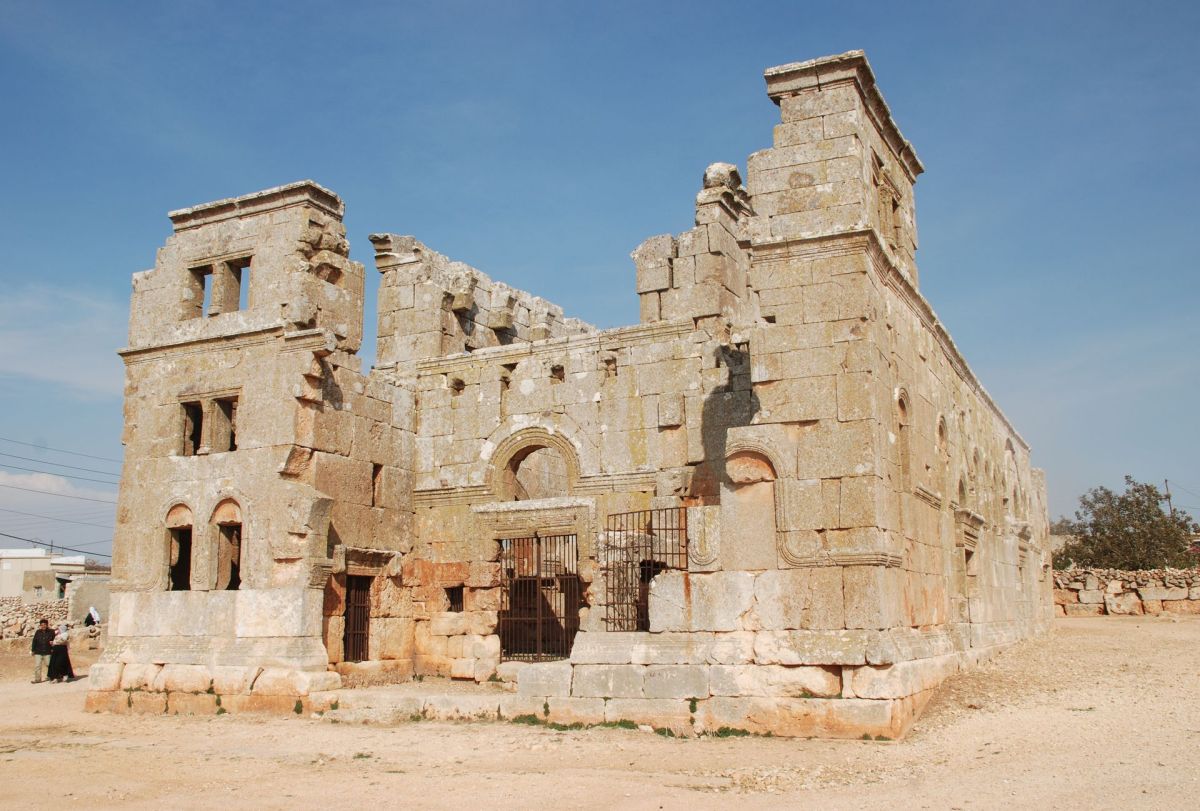