Dr. Gudrun Kugler: "you can change the world by learning how to think" 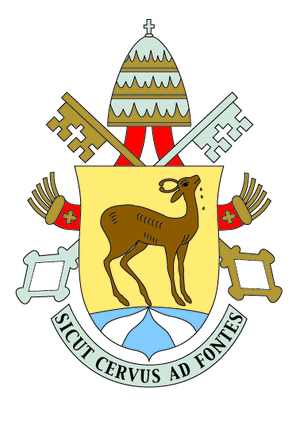 Equipped with knowledge and moral values through education and formation, one can ignite institutional change.

Dr. Gudrun Kugler, MMF is a Roman Catholic theologian, jurist, politician, member of the Federal Parliament of Austria, wife, and mother of four children. She is the human rights speaker of her party and a leading host of the Austrian parliamentary prayer breakfast.

Gudrun was eighteen years old when she made it her life goal to change the world for the better. She was on track to study sociology at a renowned university, when the chance to study at the newly founded International Theological Institute (ITI) in Austria derailed her plans and turned her life upside down. She was the only Austrian in a diverse cohort of students from different countries and continents, gathered together in the heart of Europe to pursue an English-language education in philosophy and theology. The choice to attend the ITI and the knowledge Dr. Kugler gained during her time there helped her career to flourish in a most fruitful way.

It was the ITI’s unique methodology of learning that captured Gudrun’s mind and caused her to abandon the opportunity of a scholarship in the USA. The pedagogy of the Institute is primarily focused on reading and guided discussion of the “greats” in the intellectual tradition:  ancient Greek thinkers, pre-Christian texts, and the great masters and saints of the Church. She emphasizes: “To read great books – e.g. Aristotle or St. Thomas Aquinas – in which the unchanging questions of mankind are taken up and answered, is completely unique. And when you dive into this, you realize just how thirsty you were for it before.” Many of the questions which the great masters raised and tried to formulate answers for some two-three thousand years ago are, in fact, still relevant today. Dr. Kugler knows from her own experience that the academic formation at the ITI, which provides the ability to look into the essence of things, makes a big impact on its students. She underlines: “In politics we work on very specific and very concrete questions, but all of these questions have a philosophical background. It’s like the proverbial iceberg under the water. We talk about the tip of the iceberg, but you need to understand what is under the water in order to give a good answer. Relating politics to the great questions of mankind makes it attractive to everybody.”

One of the most useful virtues that Gudrun developed through her education at the ITI was, as she puts it, the ability to think. She defended her doctoral degree in International Law at the Johannes Kepler University in Linz, but what she gained through the experience of pursuing her master’s degree in theological studies at the ITI is a greater treasure in her eyes. “ITI challenged me to get to the bottom of things and aim at truth and goodness,” states the politician.

Read more:
Spiritual classics you can read online for free

In her work as a member of the Austrian Parliament, Dr. Gudrun Kugler is daily confronted with different problems. In discussions of problematic issues with her colleagues at work, she draws from what she has learned at the ITI. “The Institute has made a great impact on my life. [Thanks to] my education at the ITI … it gives me the feeling that I stand on firm ground and that I have a feeling for where ideas come from, and what they lead to. This is what the ITI gave me and without which I could not do my work as well.” At the ITI, Dr. Kugler learned how to analyze, compare, and evaluate options. Understanding the meaning, value, or purpose of things deeply influences the results of her work and decision making.

The international character of the Institute is another aspect of the ITI for which Gudrun remains deeply grateful. The opportunity to study with classmates from different countries under the guidance of a diverse faculty opened her mind to different cultures and different ways of thinking. This experience of living in a multicultural community has helped her immensely in her current work in international relations. Thanks to her time at ITI, she can easily work fruitfully together with people from all over the world.

According to Dr. Gudrun Kugler, the International Theological Institute plants in its students a sense of responsibility, along with true purpose in life. She agrees that ITI graduates – being equipped with knowledge and moral values through the education and formation they receive – ought to take up the responsibility to impact the entire world and change the lives of those around them for the better. But how does the world change, and is change really possible?  Dr. Kugler answers: “The world changes mainly through its institutions. Therefore, we need people who support human dignity, who understand the Christian message and its positive effects for the human person, to work in these institutions and shape them. It always depends on the personal commitment somebody is ready to give. It all depends on what sociologists would call ‘faithful presence.’”

Dr. Kugler is convinced that one person can make a difference. She herself has taken up the idea of faithful presence and, applying the knowledge and education she received at the ITI, is faithfully carrying it out in her life and work. She found herself in doing politics and hopes that all others – according to their various gifts and talents – find their own mission and role in this life. In her opinion, the graduates of the International Theological Institute, in whom so much is being invested, should take this acquired responsibility seriously. They should go out into the world as leaders. “We have to go beyond our little worlds, to think strategically about how we can make an impact on our larger surroundings and how to create a framework for people in which they can thrive.” This is, according to this successful Christian leader in politics, the way to become ‘the salt of the earth and light of the world’.

You can watch the full interview conducted by the President and Rector of the ITI, Dr. Christiaan Alting von Geusau, with Dr. Gudrun Kugler here.

In times of coronavirus, the International Theological Institute of Vienna (Austria) offers a special program for students from all over the world.