Exclusive photos: Bishop braves the waves for traditional blessing of the sea

The 52-year-old tradition (in the Americas) comes from Venice, where it has been around for a millennia.

“It’s frightening!” exclaimed Bishop Dennis J. Sullivan when asked about the experience of crashing over the breaking waves. But that didn’t stop the 75-year-old prelate from courageously climbing aboard an 18-foot ocean rescue boat to toss the “wreath of blessing” into the churning seas.

The Atlantic City Beach Patrol skillfully piloted the vessel a few hundred feet through crashing surf and returned the bishop to dry land without any issues.

The “wreath-laying” and wild ride were the conclusion to the day’s events, which began with Mass for the Solemnity of the Assumption at St. Nicolas of Tolentine Church on Pacific Ave. This was followed by a Marian Procession leading to the part where the Bishop put to sea, for a brief white-knuckle ride.

The tradition has been observed in Atlantic City for 52 years running, brought by Italian Immigrants in the late 1960s.

Its origins are found in Venice, Italy, around the year 1000 in the “Sposalizio del Mare” or “Marriage of the Sea.” There are several accounts of the first occurrence. But in its essence, it’s a blessing, asking God’s protection upon the seas and all who derive a livelihood from it.

Read more:
Pope’s August prayer intention: Those who live from the sea

A wreath or ring is tossed into the waters, symbolizing a union between the community and the sea. This is accompanied by prayers for a harmonious and prosperous year.

As with many Italian traditions, the day is usually followed by a festival where the scent of sausage and peppers and Italian music fills the air. With restrictions caused by the COVID pandemic, however, the festival was canceled this year, hopefully to return in 2021. But even without the celebrations on the street, the faithful devotion continues on.

The United States may have the most diverse collection of devotions and celebrations of Faith globally, owing to her immigrant heritage — each unique in its outward expression, all the same in to Whom they pay homage. 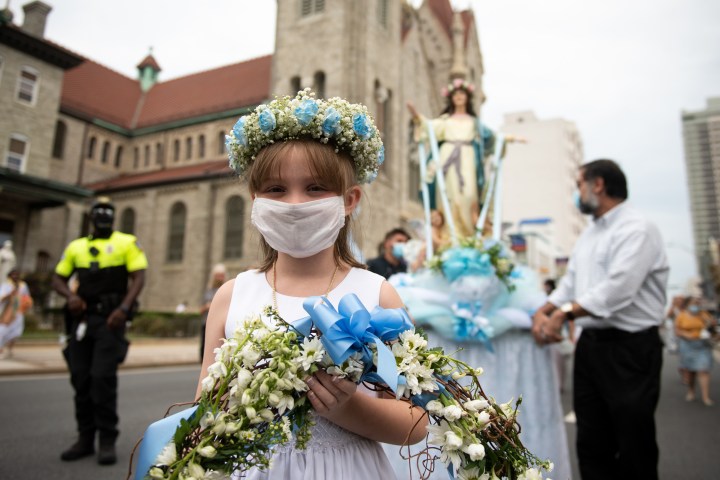