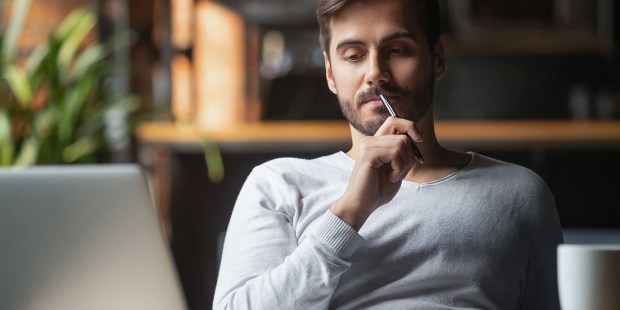 You can pursue wisdom in and through your business, if you understand business is a means to an end, not the end itself.

Mr. Eugene J. Wallace is the founder and president of Family Business Advisers, a loving and imperfect husband to Angela, the proud father of five adult children and the exceedingly joy-filled grandfather of three. He serves on the Board of Trustees at his Alma Mater, the International Theological Institute (ITI) in Austria. This successful businessman pursued studies in counseling, human development, psychology, and business, and at the ITI he undertook theological and philosophical studies.

Mr. Wallace has been praying Solomon’s prayer for wisdom for decades. In the ’90s he was working in Catholic higher education and was the Dean of Students for the Austrian Study Abroad Program at the Franciscan University of Steubenville. This position led him to be on the interview panel for the president of the newly-founded International Theological Institute (ITI). While interviewing Dr. Michael Waldstein, the man who ultimately became the first Rector of the ITI, Mr. Wallace thought: “This is a phenomenal person. If he [becomes] the President of the ITI, this [school] is something to seriously consider pursuing.” He immediately decided to apply to the institute. He recalls: “In the ITI’s core curriculum, I found the speculative and practical means for pursuing wisdom, which involves knowing how things are articulated in and through their appropriate parts, and how they are integrated. I had been yearning for this for years. I was thirsty – in fact, I was beyond thirsty for that wisdom. To be able to engage in close reading of the original sources [of theology and philosophy] and to have robust dialogues and discussions of those texts with other students… It was phenomenal. It was the answer to my many years of praying for wisdom.”

Read more:
Dr. Gudrun Kugler: “you can change the world by learning how to think”

Today, Mr. Wallace remains grateful for his time at the ITI. “The ITI in many ways helped me navigate to a deeper, new life. It is the place where I was born again in a very real way: intellectually, emotionally, and spiritually. I use and apply what I learned at the ITI every day in my work as a businessman and success and succession expert”, says Mr. Wallace.  “The ITI,” as he puts it, “is a small institute through which a wellspring bubbles up to quench the thirst of so many people who are yearning for wisdom.” The ITI motto (“Sicut cervus ad fontes,” from Psalm 42) and crest (a depiction of a deer drinking from sources of water set against the backdrop of the symbols of the papacy) express precisely this reality: The deer drinks from the sources, as the ITI students “drink” from the primary sources written by the great intellectual masters and saints of the Church. It is a methodology of learning which enables students to dive into the depths of the Truth and allow that Truth to transform their understanding, experience and engagement of reality.

Mr. Wallace’s success in advising, coaching, and mentoring leaders around the world has earned him a reputation for being a “strategic advantage” for his family-owned and closely-held business clients. His ability to analyze, reason, and see things in their essences, which was cultivated at the ITI, helped him build and develop his business advising firm. He assists business owners in discovering what they truly want and why, and helps them think strategically and reason through various situations, opportunities, and challenges. He encourages them “to pursue wisdom in and through their business, with business as means to an end, not the end itself.” As a trusted adviser for business leaders, Mr. Wallace sees it as his vocation to help his clients discover what they truly want and what their calling is – in short, to discover that for the sake of which they were created. “This discovery process sets them up for incredible success in business and in life”, says Mr. Wallace. He himself discovered his vocation at the International Theological Institute. This is how he answers the question of why the ITI is a great place to discern one’s own calling: “To [discern one’s calling] in an international community with Eastern and Western Europeans, Asians, [Africans, and Americans]; to be able to be in a faith community committed to Christ and the pursuit of truth; to be in a safe, yet challenging environment, a rich and broad and deep environment where both lungs of the Church breathe simultaneously; to practice theology with the mind of the Church and in the heart of Europe – it doesn’t get much better than that.”

It was this search for truth that originally brought Mr. Wallace to the ITI. It was the truth he found there that formed him deeply, both intellectually and spiritually. And it was there that he realized what he wanted to do with his life. He is deeply convinced of the importance of investing time into discovering one’s own talents and gifts in order to answer to one’s genuine calling in life. He summarizes: “In the pursuit of wisdom and purpose in life, you seek out knowledge, experiences, and opportunities to engage in work and endeavors that inspire your soul and impact others. Try to really dig deeply into the order of the created universe and into what comprises the human person in order to learn how to think, reason, and act well. When you do that, you can really discover what you want in life. It’s the difference between drifting through life, allowing life to blow you wherever it wants, and discovering that towards which you’re drawn, that for the sake of which you were created. It’s a discovery process of actively pursuing purpose and meaning intentionally. The ITI facilitates, intensifies, and focuses that journey of discovery; it enables you to become aware of your true vocation and grow through this formative time of studies; and it leads you to have a greater impact more quickly on the world.”

The full interview with Eugene Wallace, conducted by the President and Rector of the ITI, Dr. Christiaan Alting von Geusau, can be found here

Read more:
In times of coronavirus, the International Theological Institute of Vienna (Austria) offers a special program for students from all over the world.
Advertising
Advertising