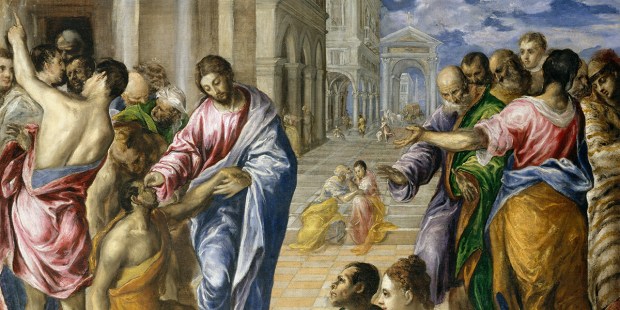 Town might have moved due to shift in tectonic plates.

In the Gospels, a blind man was pressed by authorities about who restored his sight. Responding to the Pharisees, who accused Jesus of being a sinner, the exasperated man said, “I don’t know if he is a sinner or not, but I do know one thing, I was blind, but now I can see!”

We are told that the healing took place in the city of Bethsaida, a town that is mentioned in the New Testament than any city except Jerusalem and Capernaum. But even though it is the site of one of Jesus’ best-known miracles, as well as being the hometown of the apostles Peter, Andrew and Philip, for centuries no one has been able to say definitively where the town was.

But an American archaeologist can now say that we were blind to where Bethsaida was, but now we can see.

The claim was reported at first by British tabloid Express, with the bombastic headline “Bible Bombshell: City where Jesus fed crowds with five loaves and two fish found.” It was then reported in the more sober Jerusalem Post.

Arav pointed out that first-century Jewish historian Flavius Josephus described the location of Bethsaida, which is close to where Jesus is said to have fed multitudes from just a few fish and loaves of bread, as being in the lower Golan, near the estuary of the Jordan River. Arav says he is convinced is the same place as the Et-Tell excavation site.

“The main objection other archaeologists have to this conclusion is how far Et-Tell is from the Sea of Galilee, contrary to the belief that Bethsaida was accessible by boat,” explains the Jerusalem Post:

The name Bethsaida comes from the Hebrew words for home and hunting (which could also have included fishing, scholars have suggested) and it is believed to have been a fishing village. Arav said that Bethsaida may have been closer to the Sea of Galilee during Jesus’s lifetime, and that changes in water levels and tectonics may have increased the distance.

“The Sea of Galilee is right in the middle of the Syrian-African rift and is prone to tectonic changes,” Arav said. He said his team had discovered ancient fishing equipment among the ruins of the settlement.