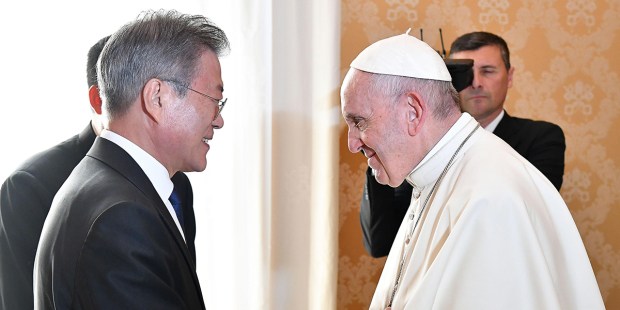 Francis sent a recorded message to encourage the Koreas to keep working for peace on the peninsula.