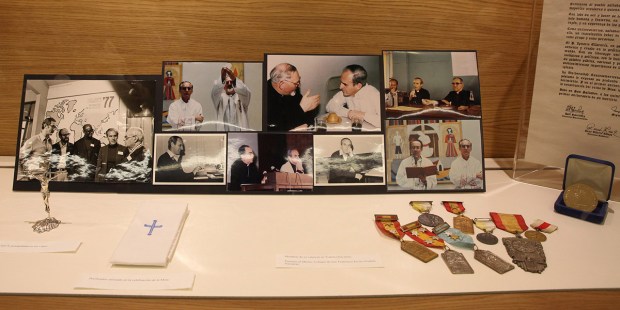 A Spanish court sentenced a former Salvadoran colonel to 133 year in prison for his role in the murder of five Spanish Jesuit priests in 1989.

The Spanish National Court ruled that Inocente Orlando Montano, who served as El Salvador’s vice minister for public security during the country’s 12-year civil war was responsible for the slaying of the Jesuit priests which took place on November 16, 198 at their residence on the Jesuit-run Central American University in San Salvador.

According to Catholic News Service, the court could only rule on the cases of the five priests as a condition of Montano’s 2017 extradition to Spain from the United States.

Montano, age 77, listened to the verdict from a wheelchair, according to an AP report, which noted that his sentence represents 26 years, eight months and one day for each murder.