The paradox of living in unity with the cross of Christ

Why do Christians exalt the cross, and what does this mean for the crosses each of us carries?

Years ago, I read an interview with a Christian woman living in the Middle East who, along with her family and numerous friends, had suffered grave persecution for her faith. Gesturing to the crucifix on her wall, she told the interviewer, “Everyone who lives by this Cross suffers.”

I’ve thought about her words many times since then, as someone who strives to “live by this Cross” and teach others to do so, too. My first thought was that suffering is not nearly that exclusive. Whether one lives by the Cross or not, hardship of some kind is inherent to the human condition.

The inevitability of suffering should come as no surprise to any Catholic. We call ourselves “poor banished children of Eve,” after all, in the time-honored Marian anthem, outcasts who “send up our sighs, mourning and weeping” in a world that is described aptly as a “valley of tears.” The widespread belief that suffering is both abnormal and avoidable may be one of the greatest deceptions of modernity.

But if living by the Cross accompanies a particular kind of suffering, why do this woman and so many valiant others cling to the Cross in the face of cruel persecution? Why, for that matter, do any of us exalt a Cross that was a symbol of capital punishment, and an agonizing torture device for the God we adore?

The answer lies in the paradox at the heart of our faith. God’s grace takes the poor, broken things of this world—even the foulest, like an ignominious cross—and transforms them into something radiant and new. The Cross that was so hated and feared in its day became the instrument of salvation for the whole world. It’s become inseparable from Christ, whose death changed it into something we revere.

Read more:
Pope at Angelus: Why Exalt the Cross?

The paradoxical nature of the Holy Cross, a “sign of contradiction,” is something many spiritual writers have discussed. G.K. Chesterton wrote,

The cross, though it has at its head a collision and a contradiction, can extend its four arms for ever without altering its shape. Because it has a paradox in its center, it can grow without changing … The cross opens its arms to the four winds; it is a signpost for free travelers.”

Venerable Fulton Sheen, meanwhile, contemplated Christ’s admonition to His followers to “lose your lives” for His sake, “For whoever wishes to save his life will lose it; but whoever loses his life for My sake will find it” (Mt 16:25). Sheen wrote of this seeming contradiction, “Grant that like Thee, I may lose my life for a time, and thus by the strangest of strange paradoxes, save it for eternity.”

Incredibly, the paradox of transformation and renewal that come through Christ extends all the way to suffering itself. The more we embrace the Cross, both our personal sufferings and our relationship with Christ, the lighter become our burdens. Living far away from the Cross, we find no relief from the tempests that inevitably assail our souls. But when we cast our cares on Christ, we find that His grace more than makes up for the things we lack:

Come to me, all you who labor and are burdened, and I will give you rest. Take my yoke upon you and learn from me, for I am meek and humble of heart; and you will find rest for yourselves. For my yoke is easy, and my burden light. (Mt 11:28-30)

Christ’s transformation of human pain does not necessarily mean that He will take away the hurt and smooth all obstacles from the path, although He certainly can do this, and in some cases will. Instead, in most cases, surrendering to His will means that His grace will flow abundantly to bestow the strength, patience, and perseverance we need to endure and even sanctify our trials. Perhaps He will listen to angry words and laments, answering with mercy and tenderness; whatever else happens, we will know that we are not alone.

He did warn us, after all, that those who live in unity with the Cross will face suffering: “If anyone wishes to come after Me, he must deny himself, and take up his cross and follow Me” (Mt 16:24). But He also promised to suffer alongside us, and to ease our hardships if we ask for His help.

Trouble is unavoidable, but it is only through the Cross that a burden can be transformed into something unaccountably light and easy. This paradox helps to explain why we exalt the Holy Cross, and why it’s worth clinging to even in the darkest hours.  Let’s remember to humbly ask for His help, in all things, so we can receive the grace He is so eager to pour out.

Read more:
Pray this short and simple prayer to the Holy Cross of Jesus 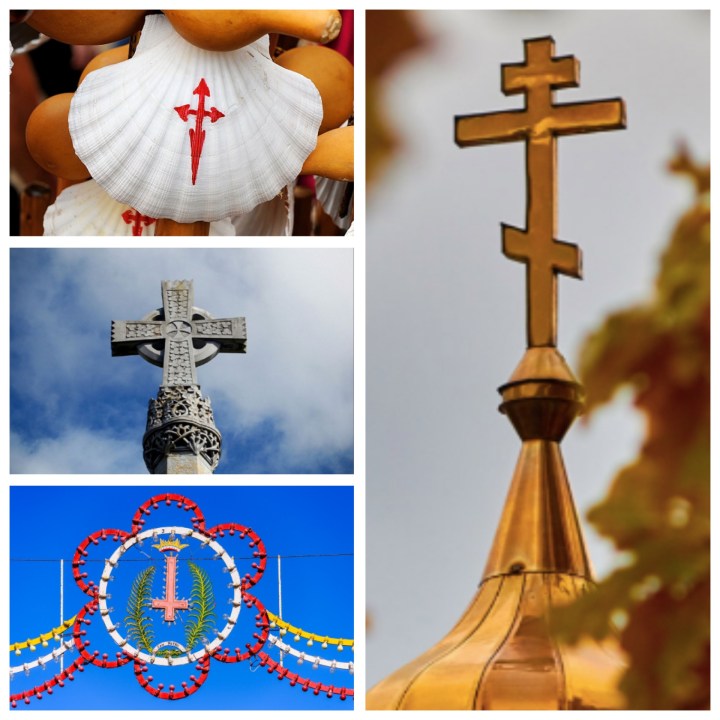