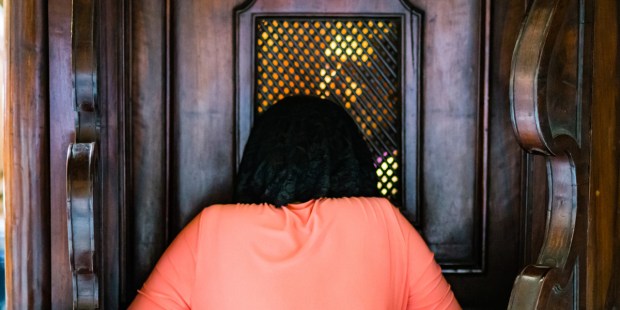 Going in the opposite direction of rest of country, Western Australia legislators back Catholic doctrine.

In the Catholic Church and certain other Christian traditions, a sinner seeking reconciliation with God has the confidence to tell his sins to a priest because of the guarantee that what’s said in the confessional stays in the confessional.

But over the centuries, from time to time, the so-called Seal of Confession, based on a priest’s solemn vow never to violate that confidence, has been subject to attack by civil authorities seeking to obtain certain information. In recent years, various state or national governments around the world have attempted to carve out a legal exception to the seal in order to reveal information leading to the prosecution of child sexual abusers.

The latest attempt ended in passage of a law in the Australian State of Queensland September 8 to require that priests report cases of child sexual abuse, even if they learn about it in a sacramental confession. Bishops and priests in Queensland strongly protested the legislation, with many saying they would go to jail first before breaking the Seal of Confession.

Victoria, Tasmania, South Australia, Queensland, and the Australian Capital Territory have already changed their laws, requiring that the seal be broken.

Now, Western Australia is considering similar legislation. But a committee of the upper house of Western Australia’s parliament recommended last Thursday that “ministers of religion be excused from criminal responsibility [of mandatory reporting] only when the grounds of their belief is based solely on information disclosed during religious confession.”

The Legislation Committee of the Legislative Council didn’t give up altogether on the idea that priests and other ministers can be a source of information. But it recommended that the state government “consult with ministers of religion on non-statutory provisions that would facilitate the effective use of information received during religious confession.”

During its inquiry on the bill, the Legislation Committee said that over 90% of the 606 public submissions were opposed to breaking the seal.

One person who commented on the proposal was Fr. Mark Baumgarten, a priest of the Archdiocese of Perth, who wrote to the committee that “I suspect one result of this sort of legislation would be that many parishes would likely phase out face-to-face confession altogether so as to protect the priest,” Catholic News Agency reported.

“This kind of legislation is also unenforceable,” Fr. Baumgarten wrote. “Short of bugging confessionals, the only way to catch a priest in this would be to try to trap him with fake penitents armed with recording devices, which would be a particularly malicious course of action.”

Fr. Baumgarten concluded: “We priests make solemn commitments before God, and I am much more concerned by how God will judge me than by how I am seen by the powers of this world. I would absolutely go to jail or face any other civil penalty before I broke the sacramental seal, and I suspect that all priests—regardless of their ideological persuasion—would say the same.”

Archbishop Timothy Costelloe of Perth told the committee during an August 6 hearing that if a priest heard a confession of sex abuse it would be the priest’s responsibility to “do his level best to convince the perpetrator that this has to stop, that possibly the only way this is going to stop is for the perpetrator to give himself in to the authorities, and to assure the person that he will accompany them to help them do so.” The archbishop said that a priest could not force the penitent to do so, “but he can put a lot of moral pressure” on him. “A priest would be failing in his responsibilities if he did not do that.”

“It is very clear that the priest has a fundamental responsibility to do everything he can without breaking the seal of the confession to ensure, to the extent that he can, that this abuse stops, absolutely,” Archbishop Costelloe said.