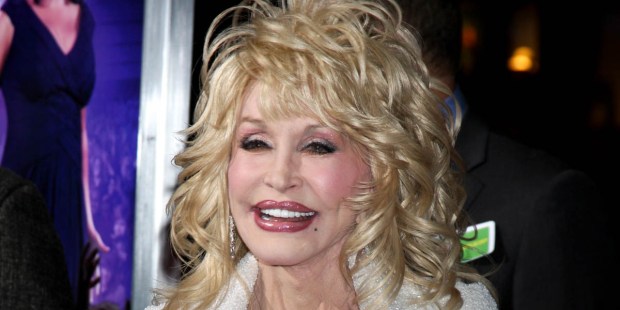 The entertainer has been using her skills to impact the lives of kids for decades.

There’s no doubt that Dolly Parton knows how to light up a stage; however, she’s also spent a number of decades trying to bring a spark to children’s education, as shared in a post by Eric Moore on Facebook. .

Through initiatives such as the Buddy Program and the Imagination Library, America’s sweetheart is sharing her passion for giving kids a better chance in life across the states and further afield in the UK, Australia, Canada and Ireland.

Among other philanthropic endeavors, Parton was inspired to introduce the Buddy Program after seeing the alarming dropout rate in her hometown of Sevierville, Tennessee, in 1990. That year 34% of schoolkids dropped out of high school — a decision they reached around fifth or sixth grade. The figures were so shocking that Parton decided to inspire kids with her new program.

So, in the same year, the now-74-year-old (yes, it’s unbelievable to think she’s in her 70s!) invited the fifth and sixth graders to her amusement park, Dollywood. She gathered the pupils and asked them to pair up with a friend as part of a motivating buddy system. If both children went on to graduate she said she would offer them both a $500 check as a reward. That year the percentage of kids abandoning their education dropped to a staggering 6%, and continues to be around that rate today.

Yet the entertainer didn’t finish there. With the same passion she brings to her songs, Parton continued in her desire to improve educational opportunities for all kids. After implementing the Buddy Program she had discussions with the school district and learned how crucial first grade was in deciding a child’s educational future.

With a disparity in children’s developmental levels at this stage, it was crucial that kids had the support they needed. Parton agreed to pay the salaries of additional teaching assistants for all first grades classes in the district for the following two years. If the program worked, the school district would then take over the payment of the salaries.

It was after the success of the Buddy Program that Parton wanted to address the issue of early education even further. To help give kids from disadvantaged backgrounds a better chance at school, the singer-songwriter started her Imagination Library in 1995. Over the following 25 years the program has seen babies and toddlers enjoy new books every month thanks to her generosity.

Poignantly, in 2018 this granddaughter of a preacher donated her 100 millionth book, a copy of her own Coat of Many Colors, to the Library of Congress. The book was dedicated to her father, Robert Lee Parton Sr., who had never learned to read and write.

Despite his illiteracy, Parton has always maintained that she got her strong sense of business from her father, so much so that in her long career the she was able to win the hearts of millions, amass hundreds of millions of dollars, and give millions of kids a chance to get an education and a profession.

Of course her musical talent, inherited from her mom’s family, gave her the ability to reach her audience and gain such renown that the devout Christian was able to then serve others. And the singer shows no sign of stopping. This year she donated $1 million to Vanderbilt University to try and help research in the fight against COVID-19.

Read more:
Dolly Parton opens up about her 52-year marriage