$3.5 million in donations were collected for the Holy Land 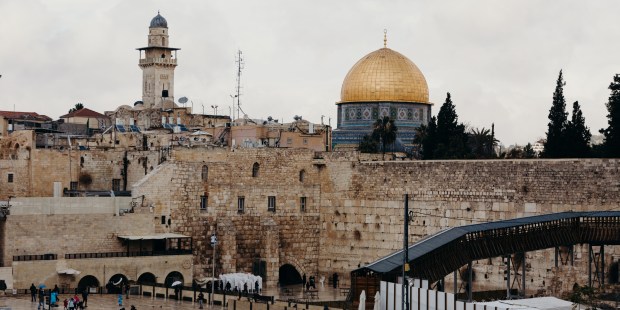 Nearly 3 million euros ($3.5 million) have been raised for the Latin Patriarchate of Jerusalem to help it overcome the financial difficulties caused by the health crisis in the Holy Land, announces the Equestrian Order of the Holy Sepulcher of Jerusalem in a published statement September 17, 2020.

The Apostolic Administrator of the Latin Patriarchate of Jerusalem, Bishop Pierbattista Pizzaballa, thanked the donors for their generosity. “Our call had a response that far exceeded expectations and gave us the necessary inspiration to face this emergency with more serenity,” he said.

Thanks to donations collected, in particular during the Collection for the Holy Land on September 13, 2 million euros will supplement the Solidarity Fund created by Pope Francis on May 14, 2020, whose administration had been entrusted to the Equestrian Order of the Holy Sepulcher of Jerusalem. An additional million has been allocated to general humanitarian expenses aimed at coming to the aid of precarious populations in the region where Christ was born.

Bishop Pizzaballa paid tribute to the generosity of donors. “Our appeal had a response that far exceeded expectations and gave us the necessary breath to face this emergency with more serenity.” He said he was impressed “by the immediate reaction and its magnitude,” he said.

“There is in fact no region of the world that has not been affected to a different degree by COVID-19. The Holy Land, which finds in religious pilgrimages and tourism the lifeblood for the economy of thousands of families, has also been severely affected,” said Cardinal Fernando Filoni, Grand Master of the Order. The donations received will be redistributed in a perspective of “human brotherhood,” he insisted in an interview with L’Osservatore Romano, noting the presence of many Muslims in the Order’s schools assisted by donations.

According to François Vayne, director of communications for the Order, “the contributions sent to the Holy Land made it possible to respond quickly to a series of urgent needs.” More than 2,400 families in more than thirty parishes received assistance in terms of “food vouchers, hygiene and childcare products, medicines and bills.” The tuition fees of 1,238 families in Jordan and 1,180 in Palestine were also funded.

It is still possible to help Christians in the Holy Land. To make a donation visit the Franciscans’  “Pro Terra Sancta” Collection website.