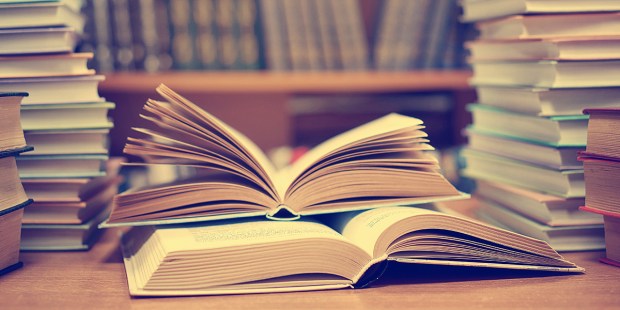 There may be a few cases in the long history of academia where college students have complained that their professors’ reading assignments constitute a “royal pain in the ….”

It’s unlikely, though, that anyone choosing to attend a college centered on a Great Books curriculum would make such a complaint. After all, such students opt for Great Books colleges because they like to read.

Thomas More College in Merrimack, New Hampshire, is such a college. And now it has a program that gives its 90 or so bookworm students an added opportunity to ponder how troubling current events might be assessed in the light of the wisdom of the ages.

Rather than a royal pain, students have the benefit of studying with a real Royal.

Robert Royal, who’s enjoyed a long career as an author and public intellectual, is Thomas More’s inaugural St. John Henry Newman Chair in Catholic Studies. The chair was established this year as a result of an anonymous donation to the college.

Royal is the founder of the Faith & Reason Institute in Washington, D.C., editor of the daily online column The Catholic Thing, and a commentator with Raymond Arroyo on EWTN’s The Papal Posse.

And he’s just published an updated version of his 1992 study, Columbus and the Crisis of the West.

As part of his duties at Thomas More, he is teaching a semester-long tutorial to upperclassmen which he’s titled “Apocalypses, Plagues, Utopias, and Dystopias.”

“At this point in our culture, many things seem to be in chaos and we don’t know which way to turn,” he said when the appointment was announced. “The Book of Revelation, the Apocalypse, seems to tell us that these sorts of things are going to happen in the course of human life. I’ve selected a number of literary works for the course that illustrate difficult times and how people have responded to them.”

In a recent Convocation address at the New Hampshire college, Royal said that society “desperately” needs knowledgeable, well-formed, dedicated Christians, as the world is “currently in deep chaos, for lack of true knowledge and wisdom.”

In fact, because of indicators such as “nationwide outbreaks of violence” and “many palpable threats to both faith and reason,” Royal urged his listeners to train themselves to both “greater physical bravery” and “intellectual courage,” to confront a steady stream of lies and half-truths circulating in society. There’s no better way to do so, he said, than by studying the great books and figures of the past “who have survived the nonsense and turmoil of their own ages — and much else since — because they have significant truths to convey to every age.”

Catholics, he concluded, are “heirs to the richest cultural tradition in the world, what I call The Catholic Thing — the concrete historical reality of Catholicism,” Royal continued. “It was born from Judaism and, through that spiritual parentage, even reaches back into the great ancient civilizations of Egypt and Mesopotamia. In its early days, it confronted, absorbed, and redirected what was then the most sophisticated society in existence, Greco-Roman culture. When that culture fell, Catholicism preserved what it could and rebuilt the rest over centuries, incorporating new influences from Northern Europe and, during the great age of exploration, from the entire globe. In short, it’s survived wars and revolution, changes in culture and the collapse of whole civilizations. Despite its all-too-human imperfections, there is simply nothing like it.”

Aleteia spoke with Royal recently about his new teaching gig, his revised Columbus book, and the general state of society today.

What’s your goal with the course at Thomas More? What are you hoping students will walk away from the course with?

I’m not trying to train them to anything or indoctrinate them toward anything, but I think it helps to recognize, especially for Americans — because usually we have it so good in this country — that the normal human condition is pretty unsettled. Though you can have periods of relative peace — personal and public — the world and the devil come back all the time.