Church in Nicaragua, other groups, wary of proposed laws 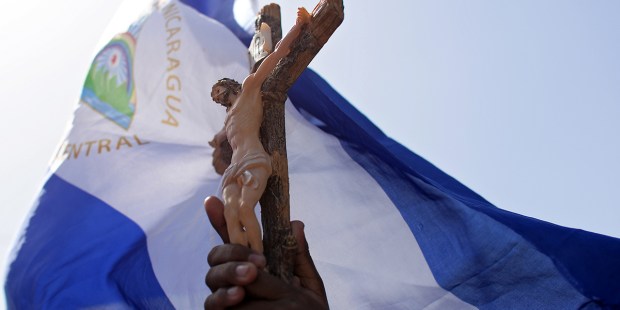 Catholic leaders in Nicaragua voiced concern this week about several proposed laws that, they say, will limit their ability to carry out the Church’s mission.

One proposal, the Regulation of Foreign Agents Law, could impact the Church’s charitable agency Caritas because it receives donations from abroad, warned Msgr. Carlos Aviles, a spokesman for the Archdiocese of Managua.

Another proposal would require journalists working with foreign outlets to be registered as foreign agents with the government and not cover internal political matters. That led many to worry about the fairness of the upcoming election.

“It is unthinkable (to have) citizen participation without the necessary information provided by independent media, which is increasingly being harassed,” the Archdiocese of Managua’s peace and justice committee said in an October 5 statement.

The organization Human Rights Watch also weighed in on the new proposal regarding journalists, along with a bill criminalizing the spread of “fake news” and other speech on the Internet. HRW urged member states of the Organization of American States (OAS) to raise concerns about Ortega’s “efforts to tighten his government’s grip on independent journalists and human rights groups.”

“These bills appear designed to provide legal cover for the Ortega government to harass and prosecute journalists, rights groups, and virtually anyone who criticizes his government,” said José Miguel Vivanco, Americas director at Human Rights Watch.

And Erika Guevara-Rosas, Americas director at Amnesty International, said the two proposals “attempt to silence those who criticize government policies, inform the population and defend human rights. It seems that President Daniel Ortega’s government is preparing the legal framework to begin a new phase of repression.”

Earlier this year, the United States Commission on International Religious Freedom issued a report on religious freedom conditions in Nicaragua in 2019.

“Following an outbreak of anti-government protests in April 2018, the Catholic Church offered support to protesters by providing sanctuary in churches and medical care, and in some cases vocal encouragement,” USCIRF said. “Consequently, President Daniel Ortega’s government, security forces, and supporters started a campaign of intimidation and harassment against Catholic institutions, clergy, and churchgoers. This has severely disrupted the ability of Catholics to worship freely in Nicaragua and has led to clergymen having to flee the country out of concern for their safety.”