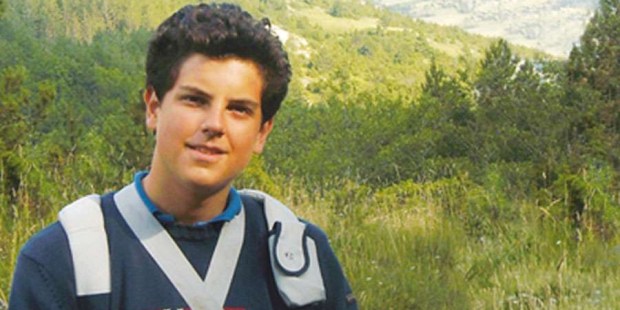 “He seemed to have been waiting” for the sacraments, said Fr. Villa, “and felt the need for them.”

Fifteen-year-old Carlo Acutis, who was beatified in a ceremony last week in Italy, didn’t spend much time in hospital before dying of cancer. But he made a lasting impression on the doctors and priest attending to him.

“Carlo was like a meteor with a quick passage through our ward; leukemia took him away before we could get to know him even a little,” two of his physicians wrote in a paper that was read during an event after the beatification last weekend. “However, his sweet eyes remain engrained [in our memories]. His gaze was full of attention … of courage, of love, of strong empathy.”

Blessed Carlo was a devout Catholic teenager who attended daily Mass, loved the Eucharist, and used his passion for computers to evangelize. He died on October 12, 2006.

The two doctors — Andrea Biondi and Mòmcilo Jankovic — treated Blessed Carlo at St. Gerald Hospital outside of Milan for acute promyelocytic leukemia. The young man died within a week of being diagnosed with the illness, but offered his suffering for the pope and for the Church.

“His faith in God, which he had wanted and still wanted to pass on to others, to his neighbor, shone through him,” the physicians wrote, according to a report at Catholic News Agency. “His gentle eyes … taught us a lot: life, whether short or long must be lived intensely for oneself, but also and above all for others.”

In addition, the chaplain who anointed Blessed Carlo and brought him Communion in his last days, Fr. Sandro Villa, recalled his “composure and devotion” in receiving the sacraments.

“In a small room, at the end of the corridor, I found myself in front of a boy,” Fr. Villa said at the October 13 event in Assisi. “His pale but serene face surprised me — unthinkable in a seriously ill person, especially an adolescent,”

The anointing took place on October 10, 2006, a day before the boy went into a coma due to a brain hemorrhage.

“I was also amazed by the composure and devotion with which, albeit with difficulty, he received the two sacraments,” the priest said. “He seemed to have been waiting for them and felt the need for them.”