Doctor helps unemployed widow with 4 children in an unexpected way

When a mother in need reached out to her son's doctor for help, the encounter changed them both.

It’s good news when an event shows us that solidarity is a reality in our world, and not just a nice idea. A perfect example has come to us from Naples in recent weeks. A mother named Anna was in great difficulty: She was an unemployed widow with 4 children, and one of them was sick. She received spontaneous and concrete help from a doctor, and then from more of her fellow citizens, all thanks to a post on Facebook.

A family in distress

On October 16, Dr. Eduardo Ponticiello, from the Santo Bono Hospital in Naples, published the story on his Facebook wall, and the page Nessuno tocchi Ippocrate shared it with a wide audience:

Anna had called him with an urgent request, and was almost desperate. She said,

Doctor, I’m Anna, I don’t know if you remember me … You visited my son in the hospital a long time ago, a boy who had meningitis. Do you remember?? I have to ask you a favor … Please come to my house, my youngest daughter is sick. I’ll send you my address with a message.

When the doctor arrived at her house, “a very humble abode, but clean and with the fragrance of dignity,” he found not only a little girl with a fever, but a glimpse of a life marked by great suffering.

Anna had lost her husband a year ago, when he fell off scaffolding while working. To support her four children, she worked in cleaning, but the pandemic restrictions meant she was no longer able to do her job. She didn’t have a car to take her sick daughter to the hospital, so as a last resort she turned to the doctor who previously had treated her son when he had meningitis. It’s understandable that in the darkness of a tragic situation, her mind turned to a point of light where she had already experienced compassion.

Fortunately, Dr. Ponticello’s visit revealed that the little girl’s illness was nothing serious. Unable to pay the doctor—who in any case had reassured her that he would not charge her for the visit—Anna still wanted to thank him somehow, so she gave him the necklace she was wearing. “I can only give you this and a cup of coffee,” she said. “Thank you, Doctor, and may Our Lady accompany you.”

There is an immense richness in the humility of someone who offers coffee and the company of Heaven. In tribulations, a goodhearted person can live the mystery of reaching out to others and entrusting herself to the generous hands through which God works.

When the doctor shared the details of the unexpected and moving meeting at Anna’s house, some people criticized the fact that he accepted the woman’s necklace. Accepting it, however, was a gesture that, far from being wrong, was fully respectful of the woman’s dignity.

Many have grasped the true meaning of this story, which is evidenced by the fact that just one day after Dr. Ponticiello shared the news, two pieces of good news arrived: Anna received a job offer at a grocery store, and a care package of food and toys for her children was anonymously donated.

Dr. Ponticiello’s post was shared by hundreds of people. In these cases we like to avoid saying that the publication has “gone viral,” because what happens is the opposite of a contagious disease. This is not something that “attacks” people against their will because of its virulence; instead, it’s a matter of free initiative, when people recognize in the needs of others something that affects us all.

People’s lives today tend to be busy; we all have to juggle some combination of work, family life, study, prayer, etc., and we can get very caught up in our own affairs. It is right in the midst of the ruckus of daily life that we must choose to ignore or accept a key challenge, which is to treat the person next to us as a companion, as a fellow human being and child of God, and to remember that it is very much our business if he or she stumbles or falls.

A quick reading of the parable of the Good Samaritan (Lk 10:25-37), or Jesus’ description of the Final Judgment (Mt 25:31-46), should leave us no doubt. Now more than ever, when the pandemic has affected so many people, we have many opportunities to love others and lift them up through concrete acts of charity.

Read more:
Widowed mother of three hired in place of husband who died of COVID-19

Doctors, by caring for the sick, have a special opportunity to be the hands and feet of Christ to others. These 6 saints who were medical doctors remind us that every career, particularly medicine, can be sanctified for God’s glory. 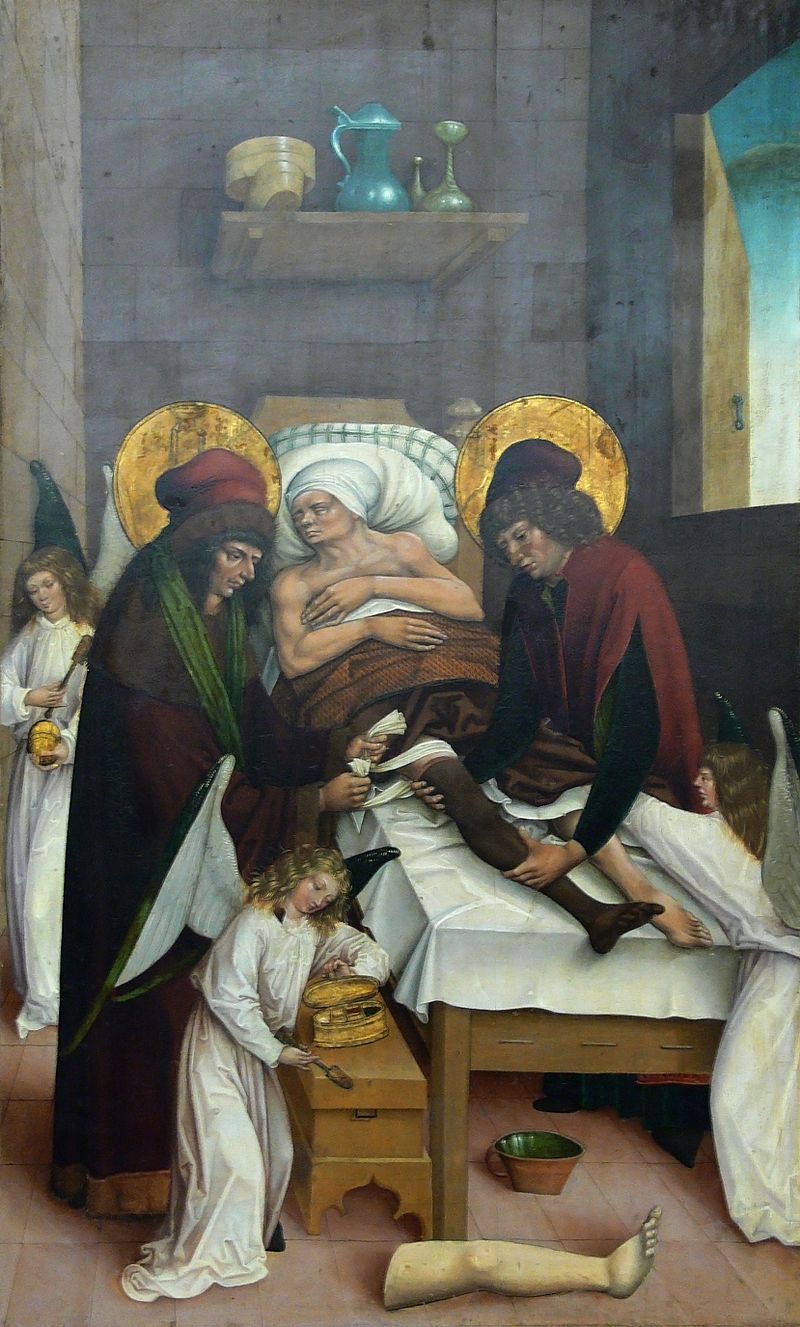