Exclusive Photos: The 48th annual March for Life in Washington

Despite going virtual, this year’s March showed solidarity and resolve

The 48th annual March for Life in the nation’s Capital looked radically different this year. Amid a global pandemic and threats of civil unrest, coordinators of the massive event decided to ask marchers to stay home and participate virtually. 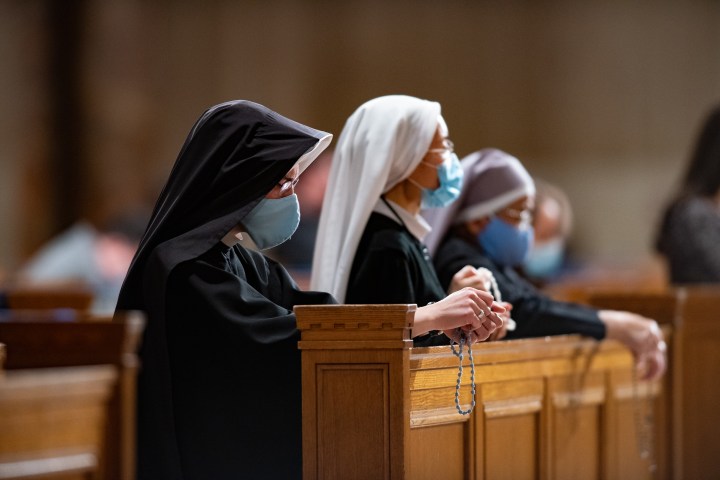 The streets of Washington, DC, which would typically be packed with hundreds of thousands of pro-lifers, were deserted. The March for Life Vigil Mass at the Basilica of the National Shrine of the Immaculate Conception was limited to only 100 attendees. A far cry from thousands that would normally pack the Basilica to its capacity.

But even though many watched and longed to be present, pro-life leaders carried their voices and message to the steps of the Supreme Court.

The energy and enthusiasm that’s the hallmark of the March for Life came through loud and clear.

As the March arrived at the Supreme Court amid heavy yet friendly security, they laid roses before the land’s highest court. Sending the message of all pro-lifers that they will persevere until all life is guaranteed the right to life, liberty, and pursuit of happiness as is enshrined in the Bill of Rights.

In other parts of the country, Masses, marches, and watch-parties took place, showing the human rights campaign’s hopeful solidarity.

This year’s theme, “Together Strong Life Unites,” according to Jeanne Mancini, Director of the March, is about unity.

“Abortion divides the world from love. Every tiny child brings love into the world. Abortion also divides us and our world from reality,” said Mancini.

And speaking at the virtual rally, Lila Rose, Director of Live Action, approached cultural change as a significant part of lasting change.

“There is hope. Our politics will not change until people change…our political breakthrough will only be short-term unless they are rooted in deep, cultural breakthroughs. And this is actually the hope. It is the hope because that cultural breakthrough is possible if we do the quiet and sometimes difficult daily work of service, education, and prayer. And it’s happening. Many of you are working day in and day out, serving women in need, serving children through foster care, adoption, and pregnancy resource centers…if we do this work together, we can transform our culture. Never give up,” she said.

This year’s March may have been different, but its mission and determination of those who participated remain the same. The resolve of those who defend life at its most vulnerable will continue on until the hearts and minds of Americans can embrace the beauty, uniqueness, and value of every human life, from conception to natural death.