Virtually visit the Basilica of San Clemente: A journey through time

Station Church Day 13: The legend of this saint is captivating!

The basilica holds the remains of the fourth pope, St. Clement (92-101). According to tradition, Clement was condemned to forced labor in Crimea, where he suffered martyrdom: He was thrown into the Sea of Azov with an anchor around his neck. Shortly afterwards, the waters miraculously receded, revealing a tomb built by angels, who had given Clement a proper burial.

Since then, once a year the sea receded, uncovering the tomb. On one of these occasions—according to the legend—a child was swallowed by the water and was found a year later, safe, in the tomb of St. Clement.

The mortal remains of the pope were found and brought to Rome in the 9th century by Sts. Cyril and Methodius, the brothers who evangelized the Slavic peoples. Cyril himself is said to be buried here in this church.

The basilica is dominated by the apsidal mosaic (12th century): the Cross is depicted as the tree of life, from which flow the waters of salvation and which extends its branches in time and space.

Read more:
Call on these two saints to improve the mother-daughter relationship 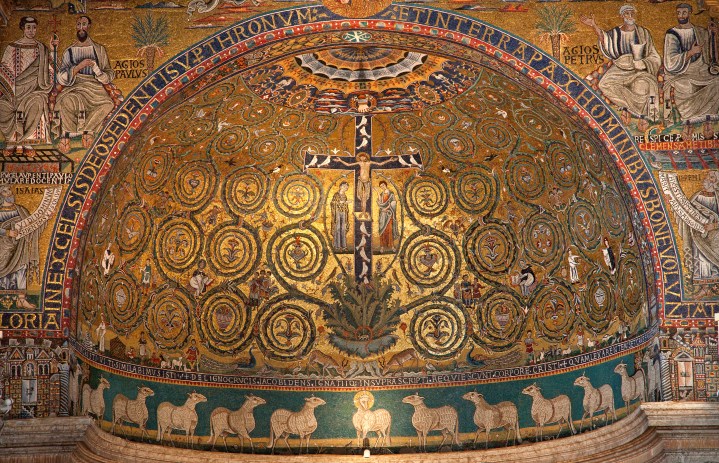