Virtually visit the church of St. Susanna, who rejected a prince

Susanna died a martyr after refusing to marry the son of the Emperor Diocletian, in order to give herself to God alone. Thus goes the legend, which places the place of her martyrdom in her own house, near the ancient Baths of Diocletian. Here, at least since the 6th century, there has been a church dedicated to her, once known as “ad duas domus,” because it it was built over two houses: those of Gabinus, Susanna’s father, and of Caius, who later became Pope and was indicated as Susanna’s uncle.

The church was rebuilt in the 9th century, and then in the 15th century by Sixtus IV, and at the end of the 16th century by Cardinal Rusticucci, cardinal protector of the Cistercian order, which in those years had been granted the church. Still today, after many vicissitudes, it is run by Cistercian nuns.

The facade of the church is by Carlo Maderno. The statues in the niches represent St. Susanna and St. Felicity, next to the main door; Gabinus and Caius appear in the upper part of the facade.

For several years the church has been closed for restoration. In past years, the Lenten Station was celebrated in the nearby church of Santa Maria della Vittoria, famous for Bernini’s “Ecstasy of Saint Theresa.” In 2021, it will be held in the church of St. Camillus de Lellis, also nearby. 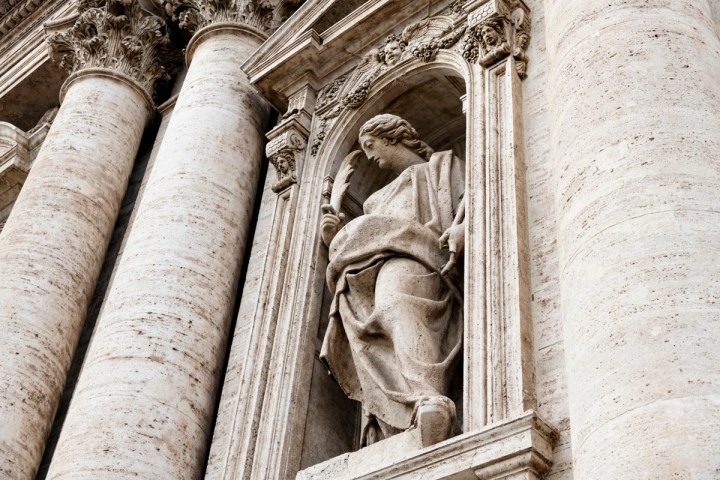