What does Jesus’ command “Ephphatha!”— “Be opened!”—in this Sunday's Gospel mean in practice?

We have two ears and one mouth. So, we should listen twice as much as we speak, say spiritual guides. In this Sunday’s Gospel, Jesus heals a man who had serious problems hearing and speaking.

People brought to him a deaf man who had a speech impediment and begged him to lay his hand on him. He took him off by himself away from the crowd. He put his finger into the man’s ears and, spitting, touched his tongue; then he looked up to heaven and groaned, and said to him, “Ephphatha!”— that is, “Be opened!” And immediately the man’s ears were opened,his speech impediment was removed, and he spoke plainly.

In the Gospel’s original Greek, it is written that a man who “spoke with difficulty” (mogilalos) was brought to Jesus. We can feel that this Gospel is also about us who have difficulty speaking.

Jesus addressed these words not only to the ears and mouth but to the whole person. Open yourself to listen to the Word of God, which is, among other places, in the Holy Scriptures. Faith comes from listening, says St. Paul. The most important of the Apostles, before he became pope, i.e., Peter, the Rock, was called Simon. This name comes from the verb Shema—to listen.

Yet, a Christian not only listens but also has courage to confess the faith, to speak about God. Saint John Paul II emphasized that faith is strengthened when it is passed on to others.

Jesus says to each of us: Ephphatha! Open your ears to hear the Word of God. So, it’s worth asking myself how attentively I listen to the Bible readings in church. What do I remember from them? What is God saying to me through His word for the week or for the day?

Many people use an app on their phone to read the daily Mass readings. If someone does not have one, it may be worthwhile for them to put it on their phone, because it is a concrete expression of our openness to God’s Word. 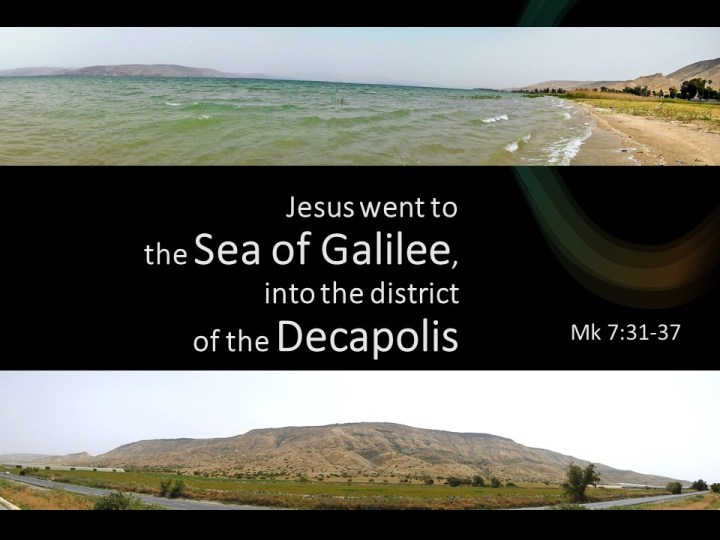 Launch the slideshow
Read more:Jesus Performed Miracles, Not Magic: Reflecting on the Sunday Gospel
Read more:What the 2 healings of today’s Gospel teach us about our own faith
Read more:Catholic prayer for the healing of a friend
Tags:
Sunday Readings
Support Aleteia!