Check this out: new documentary all about “Chaplains” 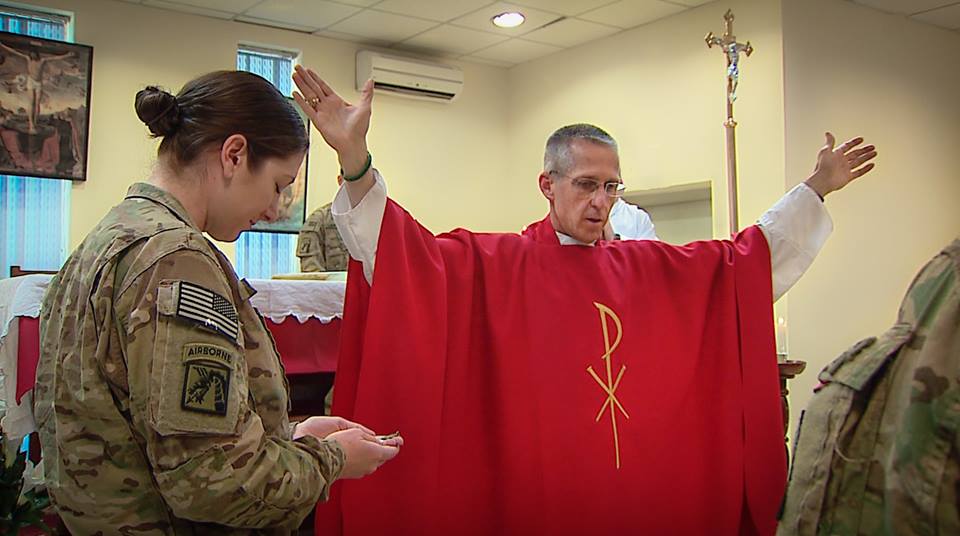 This has been hovering around for a few months, but it will soon be available on DVD and on public television.

CHAPLAINS is a new 2-hour documentary film that takes the viewer into the dynamic world of chaplains – men and women who represent their own particular faith tradition but are trained to be of comfort and support to everyone – religious or not. With a tradition dating back centuries, chaplains today are on the front lines – often in the midst of life and death situations – where the questions are the deepest and the need for spiritual and pastoral care the greatest.

Meantime, a screening has been scheduled at Catholic University in Washington:

Portions of the soon-to-be-aired public television documentary, CHAPLAINS—prominently featuring the U.S. Army’s new Chief of Chaplains, Catholic Father (Major General) Paul K. Hurley while on
deployment
to Afghanistan last year—will be screened at 7:00 p.m. (EDST) Sept. 10, 2015, in the Great Room of the Pryzbyla Student Center at Catholic University of America (CUA), 620 Michigan Avenue Northeast, Washington, D.C. The screening will be followed by a question-answer discussion with filmmaker Martin Doblmeier of Journey Films. Admission is free and open to the public. Campus parking is available in the lot next to the Pryzbyla Center, but space is limited, so attendees are encouraged to commute by Metro. Light refreshments will be provided by the CUA Knights of Columbus (K of C) Council.

Check out the trailer below. And read more about the film at this website.