CNN anchor: “There is something about Pope Francis that has reawakened my faith”

Here’s a testimony you don’t hear every day, from CNN’s Carol Costello:

I remember the day I stopped praying. It was the day after my little brother, Jimmy, died of cancer. He was 25. I was so angry at God. 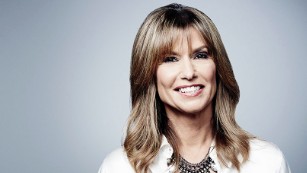 I was 27 at the time, and, like most young people I had stopped going to church. But, on that day — that terrible day — I desperately needed to understand why God took my brother. I called the nearest Catholic church, looking for a priest. A lady picked up the phone. “Can I talk with Father?” I asked.

I wish I could say her answer was “yes.”

Instead, she asked me if I was a member of that particular parish. “Does it matter?” I asked. (At the time I lived far from my home parish.) I don’t remember how she responded, but the answer about my being able to see Father was clearly no.

don’t know if all Catholic churches would have shut me out, but I figured, at the time, it was part of the long list of rules the Vatican required Catholic leaders to follow. I cried for a bit, then decided I would never ask God for anything. Clearly, his conduits on Earth did not have time for me — a lifelong Catholic — and sinner — so why would he?

Ever since, I’ve considered myself a lapsed Catholic.

There is something about Francis that’s reawakened my faith. And it’s not because he opened the floodgates to allow sin in the eyes of the church. He still argues against things I passionately support, but I find myself — like many other lapsed Catholics — enthralled.