Several years ago, my wife’s sister came home one day to learn that her husband of 25 years no longer wanted to be married to her.  To say it was a shock would be an understatement.  It turned her world inside out.  She ended up, like so many people today, going through a difficult and painful divorce. 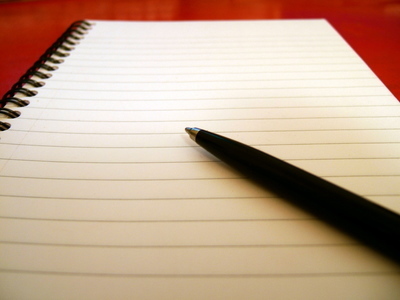 But she told me at the time there was one song she kept playing over and over on her iPod.  It helped put everything in perspective and, I think, it gave her hope.

The song was called “Unwritten,” by Natasha Bedingfield.  It’s become very popular with gospel and school choirs, and you can understand why.  The song really stands as a testament to resilience, and new beginnings – our ability and capability to begin anew every day.

The lyric reminds us:

“Today is where your book begins.  The rest is still unwritten…”

Not a bad sentiment, I think, for the start of a new year.  And I do think it speaks in a meaningful way to today’s feast, and the gospel we just heard.

For starters, there is much about the magi that is “unwritten.”  We don’t know for certain that there were three.  There may have been two or 20, for all we know.  We don’t know where they came from or when, exactly, they visited the Christ child.  It may have been a few days after he was born, or a few months.  All we have, really, is the scripture account from Matthew that we just heard.

Any other details, I think, aren’t important.

What is important, and what makes this story matter for us here and now, is that they made the journey.

The magi left the land they knew, following a light, to a place of uncertainty, and discovered the savior of the world.

And it changed, literally, the direction of their lives.

As Matthew puts it: “They returned home by another way.”  The old way of traveling would no longer work.  They needed to follow a different path.

At a critical moment in their journey, they realized what the lyrics of that song say:

“Today is where your book begins.  The rest is still unwritten.”

They needed to alter the story of their lives.

Fundamentally, the story of the Epiphany is about discovery – following a star to the source of salvation.  The readings are overflowing with references to the light.

“Rise up in splendor, Jerusalem,” Isaiah cries out.  “Your light has come.  The glory of the Lord shines upon you.”

There is a sense of redemption and relief, of deliverance and hope. 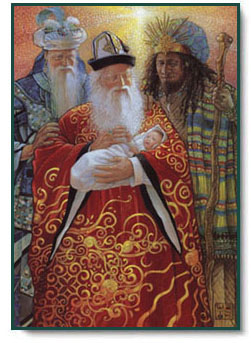 Indeed, once the magi arrive in Bethlehem, they cannot contain themselves.  As the gospel puts it: “They were overjoyed at seeing the star.”  They had arrived at the source of all their yearning, and all the searching.  They had found what they were looking for.

On one level, this is a story of how God is made manifest to the world.

But on another level, it also a story about making the journey, and changing direction.

It is about what happens to those who are searching, and who encounter Christ.

It is – whether we realize it or not — about a kind of conversion.

It is about finding another way of walking the journey of life.

A way that has been transformed by a star.  By a light.  By Jesus Christ himself.

During Holy Week, in 1941, Thomas Merton made his first trip to a Trappist monastery in Kentucky.  And he wrote in his journal:

Merton discovered, like so many through history, that he needed to change the story of his life – and take a different route.  He ended up joining the Trappists several months later.  He became, in time, one of the most widely read and influential voices in American Catholicism.  He had a profound influence on my own life, and on my own vocation.

Like the magi, Thomas Merton had an encounter with God’s divine presence.  Something spoke to him.  And it changed him.

But what about us?  Not all of us are called to be monks.  But we are all called to conversion.

Are we open to changing the direction of our lives?

Are we willing to find our way by a different route?

Next week, we mark the feast of the baptism of the Lord, and after that we return to Ordinary Time.  The season of Christmas will become a memory.  We’ll write the thank you notes and take down the tree.  We’ll toss the unused gift cards into a drawer and fold up the bright red sweaters until next year.

But the feast of the Epiphany asks us to do something else first.

It asks us to begin the journey.

It asks us, like the magi, to bring our gifts to the Lord, to share them with him, to honor him, and to be open to whatever he may do with them.

It may very well mean traveling a different path.

It may mean revising the story of our lives.

“Today is where your book begins.  The rest is still unwritten.”

Epiphany is an opportunity for us to ask ourselves how we want the story to go – and what direction we want to take.