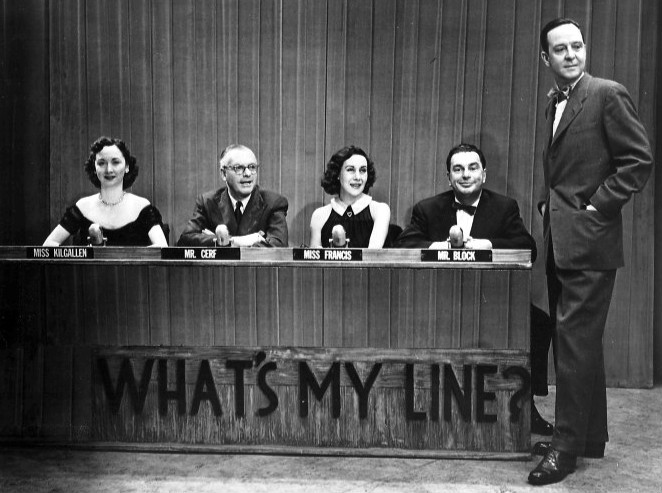 In the 1950s, one of the most popular shows on television every Sunday asked the question: “What’s My Line?”  A panel of celebrities would have to guess what someone did for a living by asking a series of simple yes-or-no questions. The show was a sensation.  It ran from 1950 to 1967 on CBS—to this day, the longest-running primetime network television game show.

Yet, when it comes to the woman Jesus forgives…we learn almost nothing.

We don’t know her name, her age, her background or even her sin that needed forgiving. Some speculate this was Mary Magdalene, or this woman was a prostitute – but we have nothing to prove that beyond what’s in this account.

So, to answer the question: “What’s My Line?,” well, in the case of this woman, we just don’t know.

What we do know is that something compelled her to follow Christ, to come to this Pharisee’s house, to kneel before the feet of Jesus, and to weep and anoint his feet.  Something motivated her to perform this great act of love.

Well, I think she looked at Jesus…and saw herself.

Just before this dinner at the Pharisee’s house, Jesus had been told of the arrest of John the Baptist. And he wasted no time noting how others had judged John– and how they had judged him.

We are the husband neglecting his family because of his job, or his ego, or his own selfishness, and deciding to rearrange his priorities so that he can attend his son’s little league game.

But I think he also did it to reflect a deeper truth: she could be any of us.  And any of us could be her.

It is a peace that makes whatever burdens we carry lighter—and that makes the possibility of a new beginning more than just a possibility.  As a priest once said to me, after I returned to confession after years of being away: “There you go. Good as new.”

By the grace of the sacrament, and the mercy of God, and the extravagance of his love…we are made “as good as new.”

The name of a TV quiz show can serve as a challenge to each of us.  What’s my line?  Well, the line I belong in —more often than I care to admit—is the confession line.  I’m a sinner. But God wants me to become a saint.