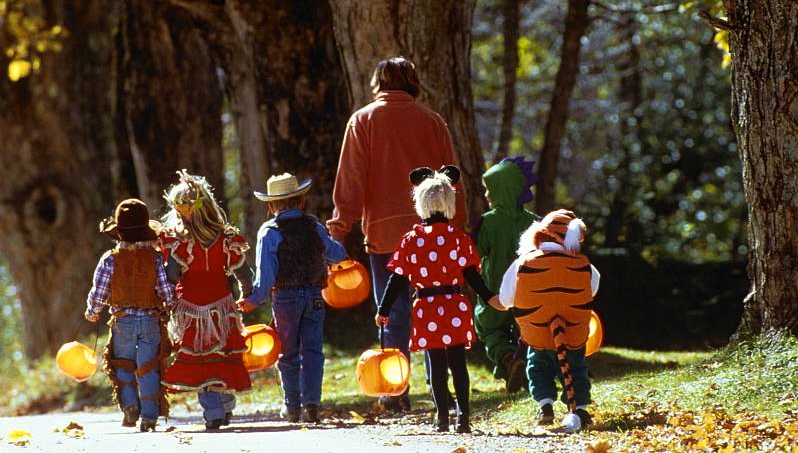 Yesterday morning, I went to the store to pick up a few things.  While I was in line, a little girl came in, six or seven years old, wearing a pink costume and carrying a small plastic pumpkin.  She tried to get the attention of the guy behind the counter “Trick or Treat!,” she said.  He ignored her and so she got into line behind me.

I decided to make conversation with her.  “Nice costume,” I said.  “I’m Supergirl,” she replied.  “That’s a good thing to be,” I said.  “And I have to say: you look super.”  I paid for my stuff and the guy behind the counter told her he didn’t have anything to give her.  I saw a container of bite-sized Peanut Butter cups so I grabbed a handful and paid for them and dropped them in the girl’s pumpkin.  “Happy Halloween,” I said, and she ran happily outside to her father, who took her hand and moved on to the next store.

After what we’ve been seeing and hearing and living through over the last four days, that small moment was a thing of beauty.  I needed that.

I needed to be reminded: it’s still Halloween. In our corner of Queens, a little girl could still dress up in costume and collect candy and happily run out to hold her father’s hand.

For all that has changed this week, some things, thank God, don’t change.

And so it is with the feast we celebrate today.  The saints remind us of things that are changeless, timeless.  Things we need to remember and hold onto right now.  Things like Courage.  Sacrifice.  Holiness. Hope.

For all the trials and hardships that the world has known, through the centuries ordinary people have stepped forward to live out those ideals.  God has given us examples.  He has given us saints.

They often come from unexpected places.  Consider the four people depicted here, on the reredos, the decorated wall, behind our altar. I was reading some parish history recently and learned more about them. These four figures were not people who would seem to be destined for holiness.

There’s an arrogant Italian playboy who scandalized and embarrassed his family —and then gave up everything for God. We know him today as St. Francis of Assisi.

There’s the spoiled, rich Spaniard who attended the finest schools.  But, when famine struck Spain, and he saw human suffering, he was so moved with pity that he sold all he had and joined a monastery. That man became St. Dominic.

And there’s that young man from a prosperous and prominent family in Germany who did everything his father didn’t want him to do – including, finally, becoming a priest.  That was St. Boniface.

On the one hand, they represent the immigrants who built this city and this parish – the Irish, the Spanish, the Italians, the Germans.

But they also represent all of us who are here today.  When we look up at the altar, we not only see them; we also see ourselves.

Our ancestry may be different.  We may come from various backgrounds and cultures.

But the saints, these saints, are us.  At times brash, at times weak and impulsive and disobedient. They sinned like all of us.  And yet…here they are.

They remind us of who we are – and who we can be.

An old saying puts it this way: every saint has a past and every sinner has a future.

That is one of the messages of this feast day.  No matter where we come from, what we have been, what we have done, we can all still be saints. And the gospel today explains how it is done.

You’ll notice in this gospel reading that there’s nothing here that’s grand or grandiose. The people described here, the “blessed,” embody virtues that are, in fact, very simple, very modest.  To be blessed is to be merciful, to make peace, to be meek, to be poor in spirit. Greatness is rooted in things that are seemingly small.

Yet, here are the seeds of sainthood.

And those seeds grow, I think, with love. We’ll hear more about this on Sunday, about love of God and love of neighbor. Now, at this moment, love of neighbor is more vital and more necessary than ever. Not all of us can wade into the water and pump out someone’s home, or rebuild what has been destroyed.  But we can express love in very tangible ways. Charities are working around the clock to aid those in need. If you can spare it, give a dollar or two to Catholic Charities or the Red Cross.  And if you can’t spare it, all of us can offer something beyond price: prayer.  Pray for those who are suffering, who are frightened, who are grieving.

For so many of us, life will never be quite the same.  And yet…

Some things are still the same.  I was reminded Wednesday morning, in a surprising and unexpected encounter, that in the midst of uncertainty and disruption, there is normalcy. Traditions continue.  Another day begins. Hope endures.

As people of faith, we need to remember that.

And, more importantly, by God’s grace, love goes on.

The kind of love that can change lives.

The kind of love that can, very often, give rise to saints.