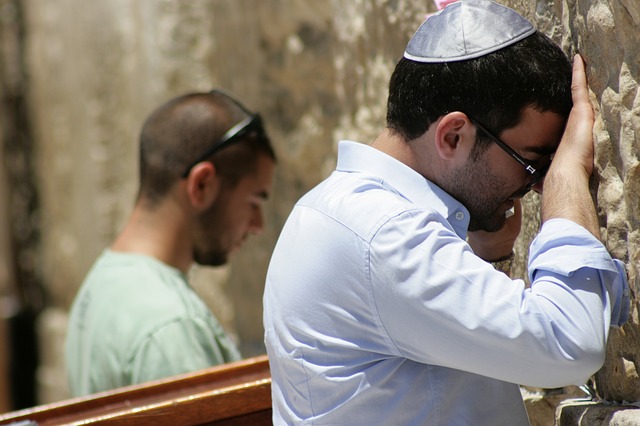 At the clergy convocation in my diocese last week, a rabbi got up to speak about the 50th anniversary of Nostre Aetate and noted this sobering fact: when he was growing up in New Jersey in the 1960s, he would try to time his departure from school so that he wouldn’t run into the Catholic kids who went to the nearby parochial school.

Because if he encountered them, odds were he would be beaten up.

This was life growing up Jewish 50 years ago.

How things have changed. Today, a rabbi writes at Huffington Post:

It’s hard to believe that my grandparents feared being beaten up on Easter for being Jewish. It’s hard to believe that those fears were so credible. It’s harder still to imagine a Catholic priest saying from the pulpit that Jews should be blamed for Jesus’ death. It’s nearly impossible to envision a Catholic Church whose clergy could sanction pogroms or the Crusades in which thousands of Jews were slaughtered. The reason we can’t even conceive of such cruelty is in large part because of a radical transformation (or clarification, depending on your viewpoint) that took place 50 years ago today within the Vatican. On October 28, 1965, Pope Paul VI pronounced the following, as part of a broader declaration on “The Relation of the Church to Non-Christian Religions“:

True, the Jewish authorities and those who followed their lead pressed for the death of Christ[…] still, what happened in His passion cannot be charged against all the Jews, without distinction, then alive, nor against the Jews of today. Although the Church is the new people of God, the Jews should not be presented as rejected or accursed by God, as if this followed from the Holy Scriptures. All should see to it, then, that in catechetical work or in the preaching of the word of God they do not teach anything that does not conform to the truth of the Gospel and the spirit of Christ. Furthermore, in her rejection of every persecution against any man, the Church, mindful of the patrimony she shares with the Jews and moved not by political reasons but by the Gospel’s spiritual love, decries hatred, persecutions, displays of anti-Semitism, directed against Jews at any time and by anyone.

Though this was but one part of one document put forth by the Second Vatican Council, which changed the Catholic Church in innumerable ways, its impact was landmark to the point that most Millennials like me cannot remember a world without it. Since then, multiple popes have apologized for the role of some Catholics in the Holocaust and reached out proactively to the Jewish community and its leaders. For young Jews to grow up without Catholic friends would be the exception. For young Jews to grow up in fear of Catholics would be practically unheard of. Fittingly, the declaration that forever changed Jewish-Catholic relations is part of Nostra Aetate, a document that literally means “In Our Time.” The document marks the single greatest improvement in interfaith collaboration in history, forever reducing anti-Semitism and creating the framework in which the largest religious institution could improve relations with countless other traditions, including Buddhism, Hinduism and Islam.

Prayer for this evening
Top 10
1
J-P Mauro
Hear Clapton and Pavarotti sing a prayer to the “Holy Mothe...
2
Philip Kosloski
Ascension vs. assumption: What is the difference?
3
Philip Kosloski
What happened between the resurrection and ascension of Jesus?
4
I.Media for Aleteia
These 30 shrines will lead the Rosary Relay for end of the pandem...
5
J-P Mauro
We need better church music, say Catholics in the Philippines
6
Philip Kosloski
What was the message of Our Lady of Fatima?
7
Larry Peterson
Benedict XVI called him “one of the most unusual saintsR...
See More