I Thought That Name Sounded Familiar…

The other day, I posted the remarkable story of Rev. Thomas Vander Woude,and his passionate plea on Facebook to save an unborn child with Down syndrome.

It turns out that one of Fr. Vander Woude’s brothers was born with Down syndrome.

That brother nearly died in a horrible accident a few years back.  The story of how he was saved by his father—also named Thomas— was the subject of a homilyI preached four years ago: 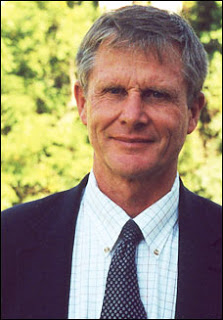 He was a pilot during Vietnam and, after the war, flew commercial airliners. After his retirement in Virginia, he liked to spend his time farming, and volunteering and doting on his children and grandchildren. He attended mass every day and served as a sacristan in his parish. He donated money to anyone in need. He even co-signed a loan so that one of his neighbors could buy a house. He and his wife Mary Ellen raised seven sons. One of them is a priest. And another, their youngest, 20-year-old Joseph, was born with Down syndrome. Last summer, Joseph and his dad were working in their yard, when Joseph fell through a piece of metal that was covering a septic tank. His father heard his son scream and ran to help. Realizing what had happened, he jumped in after him. Thomas quickly sank in the sewage but lifted his son above his head, to keep him above the muck. His wife heard the cries from the yard and called 911. When rescuers arrived, they pulled Joseph to safety. But Thomas Vander Woude was unconscious. He was taken to the hospital, but they couldn’t save him. He was 66 years old. It was a couple of days before they could tell Joseph what had happened to his father. When he heard the news, and understood what had happened, he just closed his eyes, and wept. More than 2,000 people packed the pews for the funeral mass. Some stood in the vestibule. Others watched on closed circuit TV. More than 70 priests were there, including the bishop of the diocese of Arlington. They remembered a man of uncommon kindness and generosity – a man who had died trying to rescue his disabled son. The bishop said that Thomas Vander Woude’s final act was “the crown of a whole life of self-giving.” It was, in fact, an act of transcendent love. “No one has greater love than this,” Jesus says in John’s gospel, “to lay down one’s life for one’s friends.” Love, this Sunday, is Christ’s great message to his followers – his parting word. And it is profound. “As the Father loves me, so I also love you,” Jesus says. Think of that: how deep and how eternal that love must be. But Christ follows that with a challenge so bold, and so daunting, it seems impossible. “Love one another,” he commands them, “as I have loved you. In other words: As deeply as God loves His son, and as powerfully as Jesus then loves us, that is how we are to love one another. Could any commandment more difficult? Could any order be harder to follow? Christ is asking us to do nothing less than to love the world the way that God does. It is a love that never fails. A love that will enter into the muck of life, the sorrows and frustrations and struggles of existence, to save us. It is a love that became Incarnate, to rescue us. Most of us probably feel we could never measure up to the standard that Christ is setting for his disciples. We have a hard enough time just getting along with our neighbors and co-workers and family members. But we are called to something greater. “This I command you,” Christ says. “Love one another.” Despite your differences, love one another. Despite the hurt someone has caused you, love one another. Despite the anger you may feel toward your spouse, or the resentment toward your parents, or the hostility toward your boss, or the jealousy you feel toward a co-worker…love one another. It is so fundamental to our faith. This statement could be seen as the great summing up of Christ’s work. It appears in John’s gospel just before Christ begins his journey to the cross. And it’s the last gospel we will hear before we celebrate the Ascension. By placing it here, at this moment, the Church is underscoring how vitally important this great message remains – and it serves to remind us of the great work still waiting to be done. It was achieved in life, and in death, by Thomas Vander Woude, in a way that led those who knew him to call him a saint. Would our friends say anything like that about any of us? Are any of us able to love so powerfully? That kind of love is harder, richer, deeper than we may realize. It is giving, when we know we’ll get nothing back. It is sacrificing, when we know there’s nothing to be gained. It is jumping into the pit, when we aren’t sure how we’ll get out. It is an offering on an altar – or on a cross. “This I command you: Love one another.” Are we courageous enough to follow that command? [Originally published in Connect!, a homiletic resource of Liturgical Publications.]