Meet the deacon who flew the pope back to Rome 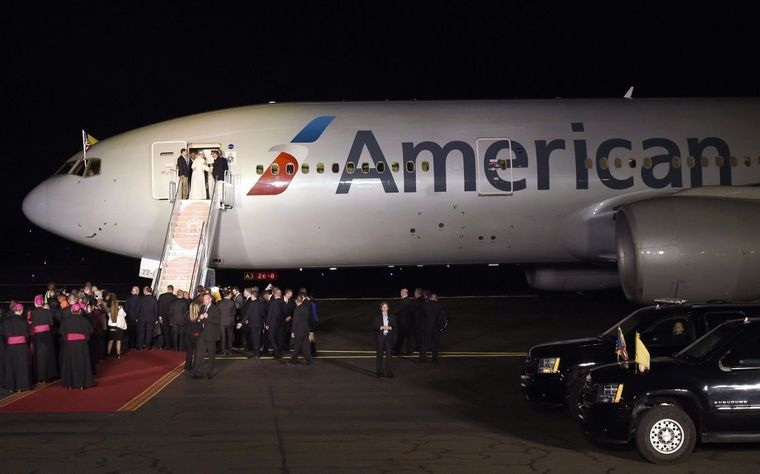 American Airlines pilot Capt. Gary Beam carried a huge secret for more than a month: that he had been selected to fly Pope Francis back to Rome. “I’ve been wanting to burst at the seams for the last month. It’s one of those secrets that you just wanted to blurt to everybody,” said Beam, who could tell no one outside of his immediate family for security reasons.


“I was elated. Even today, it doesn’t feel like it was real. It seems like a dream sequence.”

Beam, who has been with American Airlines for 23 years and has lived in Tulsa for 11 years, got a call from his supervisor in late August asking him to if he would take the assignment.

He believes he may have been selected because his superiors knew that just last year he was ordained a deacon in the Roman Catholic Diocese of Tulsa after completing a rigorous seven-year process. He serves as a deacon at St. Benedict’s Catholic Church in Broken Arrow.

American Airlines spokeswoman Andrea Huguely said Beam and the rest of the flight crew went through a stringent background check and signed confidentiality agreements. …Early in the flight, and after an in-air press conference, it was announced that the pope would meet with the flight crew.


Beam left the cockpit carrying a zip-close bag of rosaries and a bottle of holy water he wanted the pope to bless.

He encountered the pope coming down the aisle.

“I’m standing there with these rosaries, just trying to get out of his way, and he sees them, and immediately stops, looks at me, smiles, and says, ‘Would you like me to bless them?’

“I nodded, and he placed his hands on those objects and offered a papal blessing. Then he proceeded to his seat.”

Beam said he then took his place in a line to greet the pope.

“When it came to my time, the pope reached over and grabbed my hand. I said, ‘Holy father, I just want you to know that myself and my family, my parish, and my diocese, we pray for you.’

“And he nodded his head and said, ‘Please continue to pray for me.’ ”