Think I could overlook Brooklyn?  Fuggedaboutit.

From the In My Backyard Desk: the ordinations happened this morning, and will surely mark a Memorial Day weekend these men and their families will never forget. 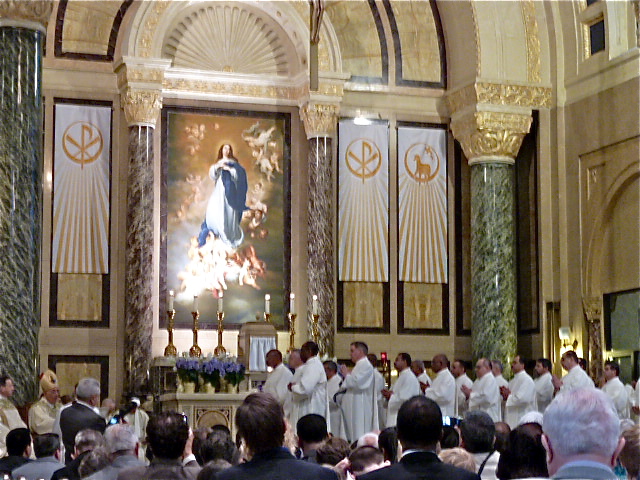 The sacrament was celebrated at Our Lady of Angels Church in Brooklyn — one of the largest in the diocese, and a frequent site for episcopal ordinations. (A footnote: I received the Rite of Acolyte there back in 2006.)

The parish was also home to a number of firefighters and cops who lost their lives on 9/11.  A memorial outside pays tribute to those who died, with part of the wreckage from the World Trade Center. 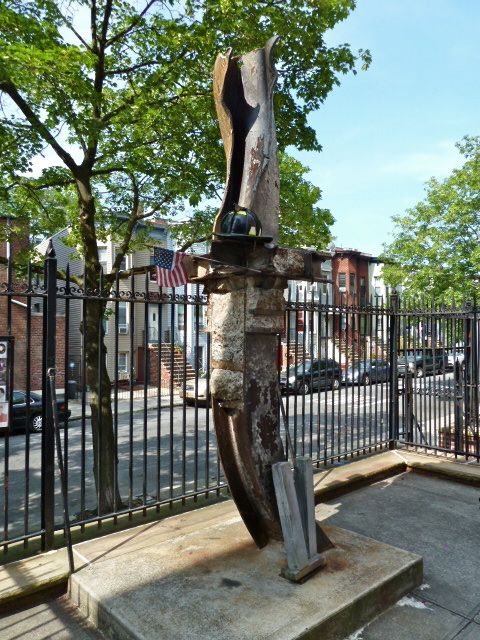 But this morning, inside, what was remembered wasn’t what was lost, but what was gained: 27 new servants for the church. 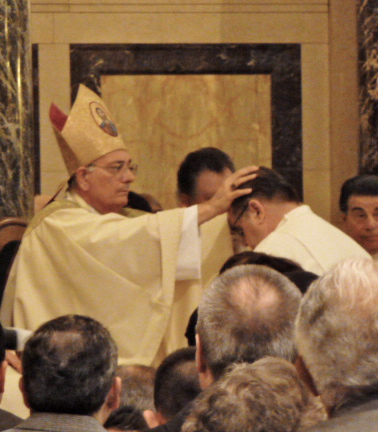 Significantly, the longest, loudest and most sustained applause at the celebration took place when Deacon Jorge Gonzalez, Director of Formation, asked the wives of the newly ordained to stand. He thanked them — and all deacon wives — and asked them for their continued love and support.  The response from the hundreds in the packed church was thunderous.

One of the men ordained today is Ernie Hart — a classmate of mine from four years ago who left the program for a time, and rejoined to be ordained this year. Ernie was my roommate on several diocesan retreats. He’ll be a wonderful deacon. To him and to all those who received Holy Orders this beautiful day: ad multos annos!Congratulations! And welcome! 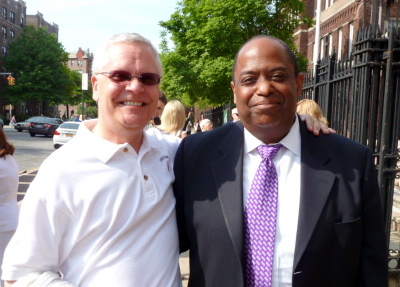 You can read more about the men ordainedhere.