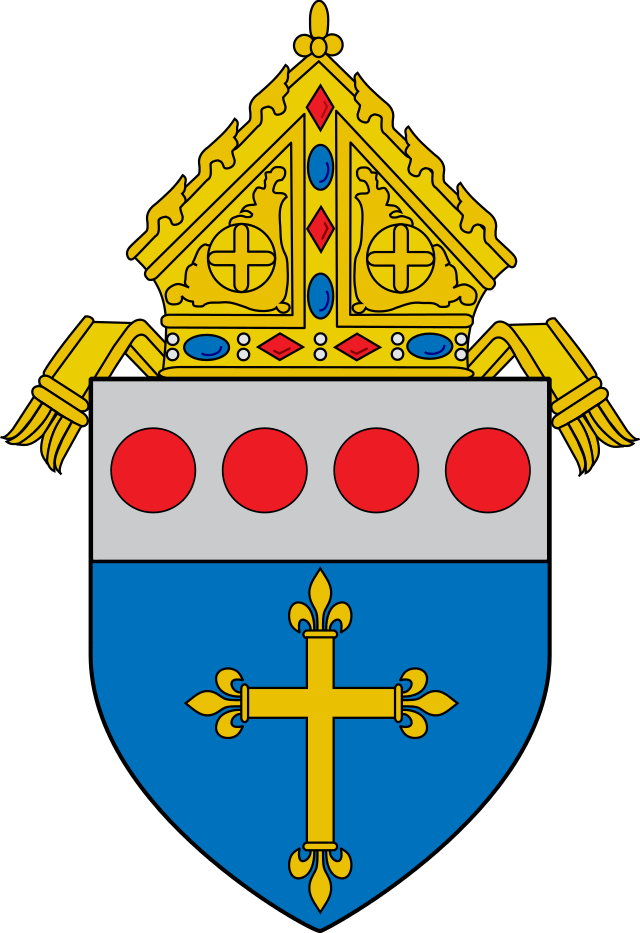 The diocese hasn’t posted any news or pictures since the ordination last weekend, but you can find the entire ordination rite preserved on video right here.

On Saturday, June 6 at 10:00 am at the Cathedral of St. Paul, Worcester, Most Rev. Robert J. McManus, S.T.D. will ordain seven men to the permanent diaconate for the Diocese of Worcester. The seven men are Christopher Finan, Bryan Lagimoniere, David Lajoie, Thomas Marshall, Van Nguyen, Paul Reuter, and Thomas Varney. All are welcome to the ordination Mass. The liturgy will be delay broadcast on Charter TV3 (Ch. 193) on Sunday, June 7 at 1:00 pm and Wednesday, June 10 at 9:30 am. Ordination is also referred to as Holy Orders and has three grades. The first grade is deacon, or the diaconal order. Ordination to the diaconate confers the clerical state upon the ordinand, or one who is ordained. At that time he is also incardinated into (belonging to) the particular diocese or religious institute, according to the 1983 Code of Canon Law. Transitional deacons are those men preparing for the priesthood, (the presbyteral order). Men who are later ordained bishops (episcopal order), are ordained “in the fullness of orders” of the priesthood according to the teaching of the Roman Catholic Church, and share in the apostolic mission going back to the first apostles. Permanent deacons share the same diaconal functions as transitional deacons but may be married or not. They do not continue on to priesthood. It was restored in 1968 by the Bishops in the United States following a reestablishment of the Order by Vatican Council II the previous year.  For centuries prior to that time, the Order of Deacon had been reserved to a temporary status on the road to priesthood. Diaconate comes from the Greek word diakonia or service.  Since all Catholics are called by Baptism to be of service to their brothers and sisters, why have an ordained ministry of service?  Though this is a very complex question, which has generated much discussion, two important points must be stressed.  Service to the community is the primary role of the deacon and by bearing witness to the ministry of service in a parish, he assists the whole community in becoming more aware of that aspect of their faith.  Secondly, the order of deacon sacramentalizes service. The deacon as an ordained servant of the community is more than a functionary but bears witness to that aspect of Jesus and his ministry in apostolic times. By virtue of their ordination, transitional deacons and permanent deacons assist the priests and bishops in the celebration of the Mass as ordinary ministers of Holy Communion, in proclaiming the Gospel, and by preaching. They also assist at and bless marriages, can preside over funerals and wake services, and are dedicated to various works of charity in living out their call to service.

Check out the link for biographies and pictures.