Picture of the Day—or Maybe of the Year, UPDATED 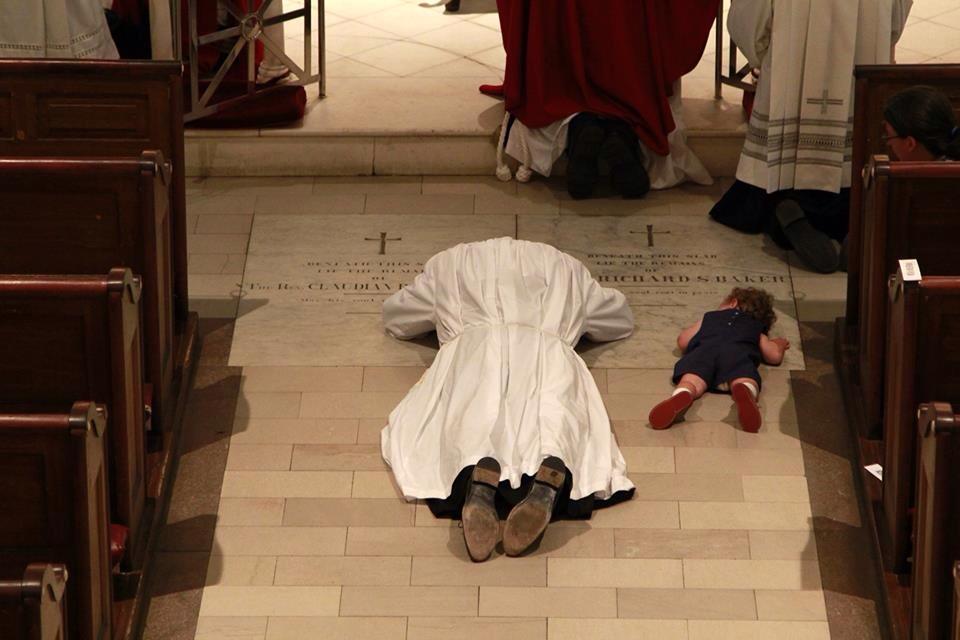 From the Facebook page for the Personal Ordinariate of the Chair of St. Peter:

Congratulations to Deacon Patrick Allen from Charleston who was ordained to the transitional diaconate yesterday. His young son decided to share in the experience with him!

UPDATE: A few people have been puzzled by the fact that this man is being ordained a transitional deacon.  How can he be married and have a child?, they ask.

He is part of the Anglican Ordinariate: a married former Anglican (or, more likely, Episcopalian) priest who converted and has received permission for ordination to the Catholic priesthood.   As the ordinariate explains it:

Anglican clergy seeking to be ordained as Catholic priests must first complete an extensive process that includes background checks; an endorsement by the local Ordinary; approval by the head of the Ordinariate and by the Vatican; completion of an approved Ordinariate formation program; and an examination. Celibacy is the norm for the clergy. Permission has been given on a case-by-case basis by the Pope for former Anglican priests who are married to be ordained Catholic priests for the Ordinariate. If widowed, they may not remarry.