Thomas Merton’s love life to be made into a movie 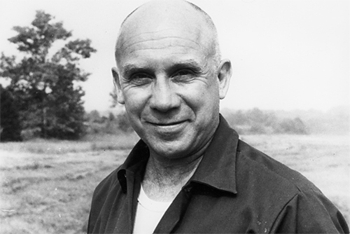 Longtime readers of the blog know that I’m a Thomas Merton fanboy.  His life and work were instrumental in my own vocation, and I once spent a memorable afternoon in his Kentucky hermitage, thinking “I can’t believe I’m HERE.”

So I’ve got some mixed feelings about this news, which if handled clumsily could turn the life of one of the iconic spiritual writers of the 20th century into a soap opera (and, I’ll wager, a screed against celibacy).

Here’s the story from Cathleen Falsani in the Orange County Register:

Merton’s complex love life is the subject of a forthcoming feature film, “The Divine Comedy of Thomas Merton.” Not long before his death in 1968 at the age of 53, the thoroughly modern mystic fell in love with a nursing student half his age. She is referred to, simply, as “M” in his memoir and letters collected in the volume “A Midsummer Diary for M,” published posthumously in 1997. “I will never really understand on earth what relation this love has to my solitude,” Merton wrote to M in a letter dated June 21, 1966. “I cannot help placing it at the very heart of my aloneness, and not just on the periphery somewhere.” The screenplay for “The Divine Comedy of Thomas Merton” was written by Ben Eisner and Kevin Miller, the filmmakers behind last year’s feature-length documentary “Hellbound?” The duo’s Merton film, while factually based, is not a documentary. Rather, it is an epic tale of spiritual, emotional and cultural transformation in the 1960s. And, yes, it is a love story. “I chose to build this film around Merton’s love affair in 1966 for every reason other than the fact that sex sells,” Eisner said. “A lot of Merton fans are revolting against what I am doing because they want to hold on to him and sanitize him. Merton doesn’t fit into any mold, and that’s why I love the man.” Merton was “a fully spiritual person and fully human person who openly shared his deepest fears and failures with anyone who cared to listen,” Eisner added. “He tosses formulas out the window. We all want something spelled out for us to follow so we know we are safe, secure, and on the right path. But Merton doesn’t let us off the hook that easy.” …Of course, the million-dollar question remains: Who will portray Merton on the big screen? When I posed the question online via Twitter and Facebook, people responded with definite (and passionate) ideas including Patrick Stewart (probably a little too old), Sir Anthony Hopkins (ditto), Paul Giamatti (hmm…), Daniel Day-Lewis (too skinny), Campbell Scott (the eyes are close and he’s 52), and Philip Seymour Hoffman. I’d like to see Jeremy Sisto — whose middle name is Merton and whose jazz musician father knew Merton personally — cast in the lead role. 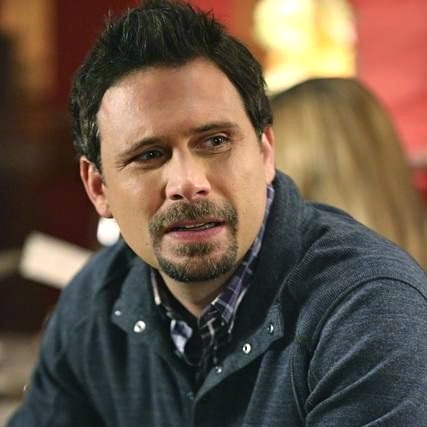