Antonin Scalia’s priest son talks about his father, faith and why he doesn’t like to be called a conservative 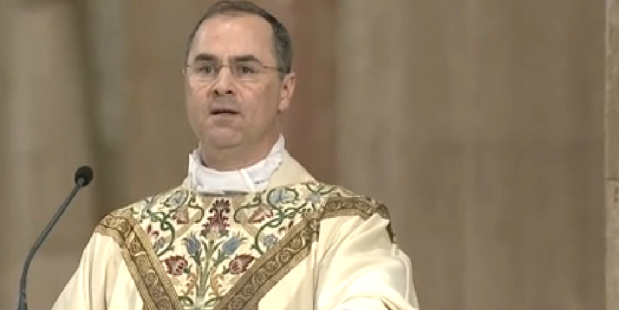 Share
Print
Deacon Greg Kandra - published on 05/03/17
From Washingtonian magazine, an interview with the Rev. Paul Scalia pegged to a new book he’s just published called “That Nothing May be Lost”:

In the book, you say your father’s passing gave you a new realization of the gift of his faith. How so?

Well, first of all, in the outpouring of prayers, Mass cards, and condolences that came from Catholics and Christians and people of other faiths from throughout the world, because they knew him to be a man of faith, and not necessarily their own faith. You take it for granted growing up—that’s Dad, and we go to Mass because that’s what we do—but his faith had an impact that I had not perceived. It makes me value more deeply the things he communicated.

So much has changed for Catholics—the expectation that you were going to marry in the church, that you’d attend Mass weekly.

Those changes are more prevalent in the Northeast Catholic centers. It’s only in the last 30 or 40 years that the Church has boomed in Northern Virginia. There wasn’t the institutional structure. We have some high schools, but we have no hospitals, no nursing homes, so the culture is not what it is in other places. So if you’re going to be Catholic, you have to be more deliberate about it. You have to choose it. I think that’s a blessing. You don’t want a culture that enables people to take faith for granted. You want a culture that elicits from you a personal commitment to be Catholic and not just lets you coast.

You talk about the boom, though. That has changed the Church here.

Right, the biggest change that I’ve seen is the change that anyone here sees, which is growth. There’s been an enormous increase in the Hispanic population. Some parishes are now half Hispanic. But it’s not only the Hispanics. We have a Vietnamese parish, a Korean parish. We have an Eritrean community, a Ghanaian community. We’ve got all of these groups who have come to the area over the years. That’s the most significant change.

The Diocese of Arlington has a reputation of being rather conservative. Was that true as long as you can remember?

I don’t like the term conservative. That’s a political category. I guess you could say traditional, but then every Catholic is traditional, or ought to be, because we have to be rooted in the tradition of the Church.