‘Even the smallest person can make a change’: one remarkable legacy of World Youth Day 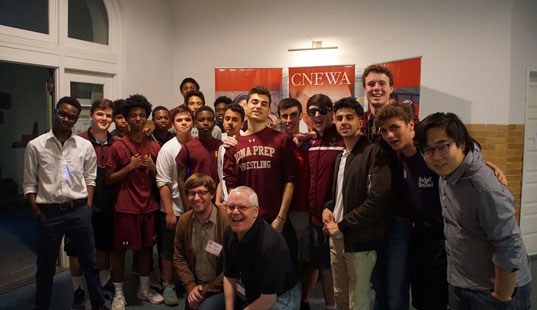 It got a lot more than that.

Last Friday, a remarkable fundraiser by a group of New York teenagers known as Relief United drew a crowd of some 300 people to a park in Westchester, New York — and, at last count, raised more than $15,000 to support CNEWA’s work with the people of Syria.

This was beyond anything we expected. As I told someone Friday night: “This is incredible.” You can see a video report of the event above.

Local media turned out to cover the concert and talk with the kids behind it.

Really making a difference in the world is an ambitious idea seven teens from Westchester are truly committed to.

“Even the smallest person can make a change,” a teen said.

Motivated by the disturbing images and headlines coming from Syria, the longtime friends organized a picnic and benefit concert at Kingsland Point Park Friday to raise money for Syrian refugee families, hospitals, and schools.

“We look at it on TV and we talk about it, but what are we doing?” said Michal Kozlowski, a student. “So I got together with a bunch of my friends and this started with a little dance in a little church and it’s just expanded.”

Oh:  and to get a sense of the spirit and energy driving these kids, watch the video below.