For 100 days, this university’s fraternities stopped all social events. Guess what happened. 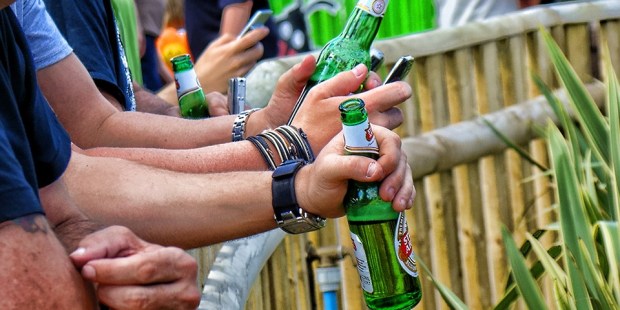 After more than three months — a total of 100 days — 12 of the 13 fraternities in Ball State’s Interfraternity Council (IFC) are no longer on a social “pause.”

After all 13 fraternities within the IFC signed a joint letter Oct. 24 with the university saying they would not host any social events, with or without alcohol members were required to complete two educational programs before the period ended Wednesday. Due to the number of members who didn’t complete the required training — one on alcohol awareness and the other for sexual assault and bystander intervention — Phi Gamma Delta, or FIJI, will remain on the pause.

“Well, if they complete the requirement, whenever they complete it, they will be taken off pause just like the others,” said Associate Vice President for Student Affairs and Enrollment Services Ro Anne Royer Engle.

In a university-wide email sent Wednesday, Kay Bales, the vice president for student affairs and enrollment services and dean of students, said the goal of both the pause and the educational programs was to ensure Ball State fosters a safe community.

“And, it’s working,” Bales said in the email. “During the pause, there was a sharp drop in reports filed by the Office of Greek Life related to alcohol, fighting, hazing, excessive noise or sexual misconduct.”

Bales said there were 51 reports made to the Office of Greek Life — not to university police — regarding these types of behaviors between Aug. 1, 2017, and Oct. 24, 2017. After the pause was in effect, she said those numbers dropped down to 12. Bales also said there were no complaints regarding alcohol, hazing or sexual assault during the pause.