From the Vatican: ‘The number of deacons is improving on every continent at a significant pace’ 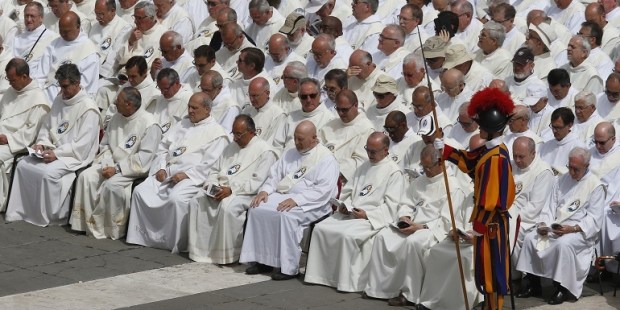 Share
Print
Deacon Greg Kandra - published on 05/17/17
This information was released last month in a summary accompanying the Pontifical Yearbook:

The population of permanent deacons shows a significant evolutionary trend: an increase in 2015 of 14.4% compared to five years previously, from 39,564 to 45,255 units. The number of deacons is improving on every continent at a significant pace. In Oceania, where they do not yet reach 1% of the total, they have increased by 13.8%, amounting to 395. The figure is also improving in areas where their presence is quantitatively significant. In America and Europe, where about 98% of the total population of deacons is found, they have increased in the relevant period by 16.2 and 10.5 per cent respectively.

The number of bishops has increased over time, satisfying the needs of an increased number of faithful and a numerical and functional balance with regard to the priestly body. In the last five years there has been an increase of 3.9%. Such movement of growth occurs in all continents, although the variation is more pronounced for the Asian continent (+ 5.4%) and Europe (4.2%) and below the general trend for America (+ 3.7%) and Africa (+ 2.3%). It can also be seen that the relative weight of each continent has remained, in the period, virtually unchanged and commensurate to the relative importance of the individual continental situations. In particular, in 2015, America holds 37.4% of all prelates, followed by Europe (with 31.6%), Asia (with 15.1%), Africa (13, 4%) and Oceania (2.5%).