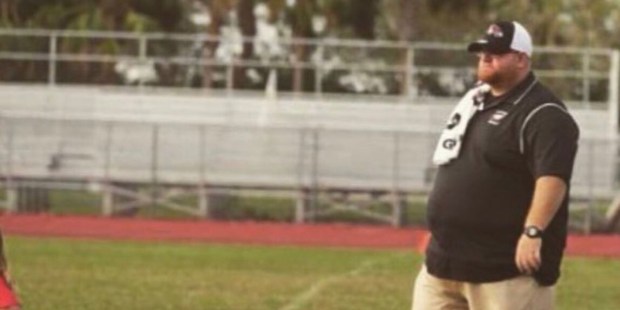 @JimLaPorta - Twitter
Share
Print
Deacon Greg Kandra - published on 02/19/18
A Canadian artist has put a powerful and heartbreaking perspective on the tragedy of school shootings:

Canadian cartoonist Pia Guerra, like many around the world, was shocked and dismayed when she turned on the television to find out a lone gunman had killed 17 people and wounded dozens more in a mass shooting at Marjory Stoneman Douglas High School in Florida last week.

However, it was the heroic story of the school’s assistant football coach Aaron Feis, who died while using his body to shield students from the gunfire, that inspired Guerra into action.

“(A) light bulb went off, one that gave me a huge lump in my throat,” Guerra told BuzzFeed.

And so she let her emotions come to life through her art.

The beautiful, poignant and, ultimately, tragic cartoon shows Feis being greeted in heaven by all the victims of school shootings across the US.

“Come on Mister Feis! So many of us want to meet you,” says one victim as she takes Feis’ hand and leads him towards the crowd.

The cartoon, which Guerra has dubbed “Hero’s Welcome” has quickly gone viral around the world.