How Hollywood’s depiction of priests has changed—and why 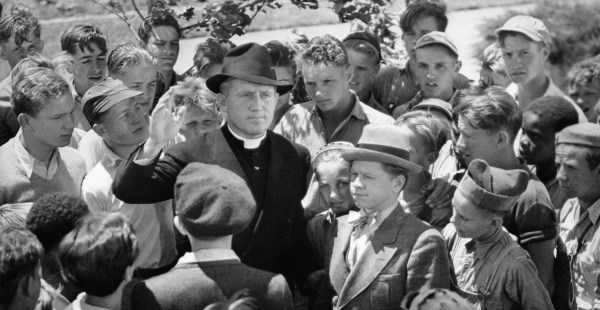 In film history, the priest has been among the most common and enduring characters, and to a large extent has been played by actors of Catholic background.

From the 1930s, Catholics were prominent in Hollywood, whether actors such as Spencer Tracy and James Cagney or directors like John Ford and Leo McCarey. Producers turned to Catholic actors to perform what was judged to be the difficult and delicate role of a priest. Thus Bing Crosby played in Going My Way (1944) and The Bells of St Mary’s (1945), and Gregory Peck in The Keys to the Kingdom (1944). The individual characters may have varied, but the portrayal of the priest remained constant: an image of conviction and steadfastness, compassion and courage, and maturity of judgment.

More recent decades have given rise to different images. In the 1970s, priests began to be cast in an unfavourable light – for example, Saturday Night Fever (1977) and The Exorcist series (1973 and 1977). They were depicted as insipid, immature and, at times, embittered men. In Saturday Night Fever, the young priest leaves his vocation. In the last scene, his brother (played by John Travolta) tries on the clerical collar, only to hold it tightly round his neck in the form of a noose.

This demeaning image of the priesthood resulted from a convergence of factors. They included anti-Catholic prejudice, which intensified as a result of the Church’s stand on “life” issues such as abortion; the clerical abuse scandals, which have damaged the Church’s moral credibility in the wider society and, perversely, in the very areas of sexual morality that were already under cultural attack; and, finally, a general decline of heroic and admirable characters (of which the priest was formerly one), especially affecting male figures in the family and society.